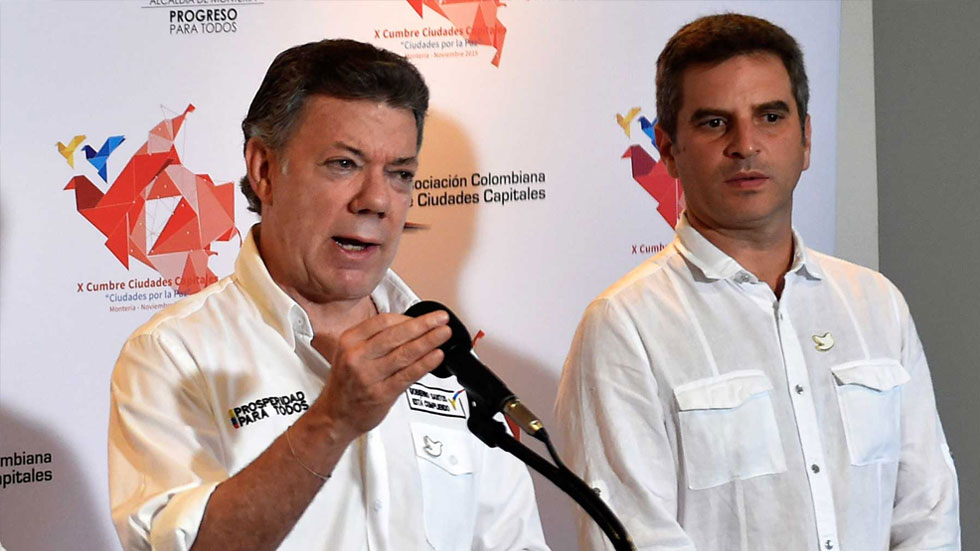 Colombia’s public prosecution on Friday arrested President Juan Manuel Santos‘ top adviser on regional issues on corruption charges, just when the president was visiting one of those regions.

Carlos Ecuardo Correa, the country’s High Counselor for the Regions, became the first sitting administration official to be arrested on corruption charges since Santos took office in 2010.

According to the Prosecutor General’s Office, Correa engaged in corruption practices while he was mayor of the northern Colombian city of Monteria.

The top official voluntarily reported himself at the Prosecutor General’s Office after hearing about his impending arrest.

Not just any top official

The arrest of the presidential adviser on region-specific issues couldn’t come at a worse time for Santos.

The top official is partly responsible for the region-specific implementation of a peace deal with FARC guerrillas signed in November last year and already plagued with irregularities and delays.

Moreover, due to the region-specific nature of the peace deal, billions of dollars, both Colombian and foreign investments, are flowing into Colombia’s diverse countryside that has long suffered state neglect while the capital grew to become half the country’s GDP.

This makes the arrest of the top adviser on such a critical element of the peace process, not just a national, but a diplomatic embarrassment for President Juan Manuel Santos. 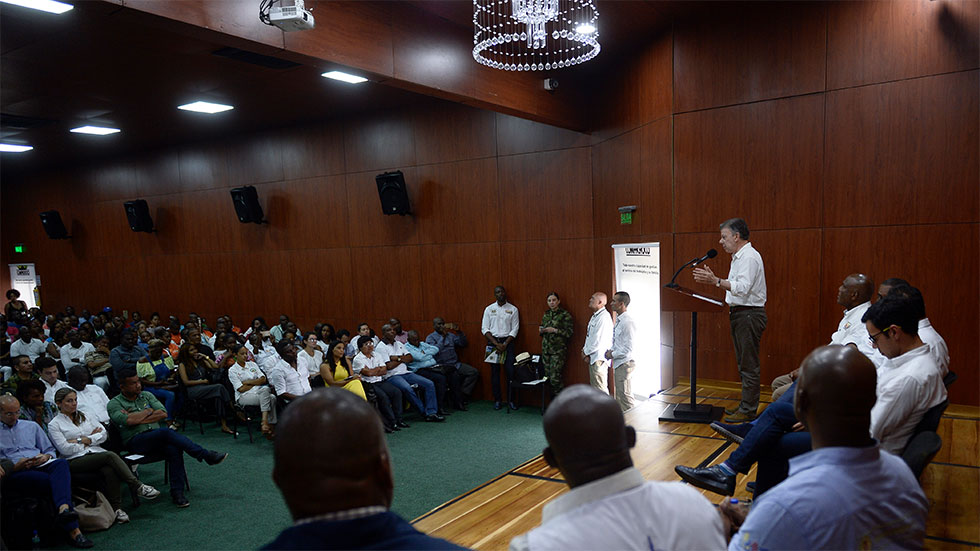 The president is widely rejected partly due to the controversial implementation of the peace deal and partly because his apparent inability to curb corruption that has plagued the country since its inception.

Santos did not immediately respond to the arrest of his top adviser.

Santos embarrassed from Choco to Brussels

While his adviser on the regions was being read his rights, the president was in Choco, a pacific province that just weeks ago rose up over the state’s chronic state neglect, rampant corruption and violence. Correa was Santos’ main adviser over, among others, this region.

The province has a poverty rate exceeding 60%, no paved road connecting it to the rest of the country, and is overrun by illegal armed groups that have already left more than one third of the population victim of the armed conflict.

We must prioritize the breaches between the regions, give more importance to those regions who are behind most. Of course, Choco is one of them.

Santos was harshly reminded of how Colombia’s epidemic corruption and state neglect is causing extreme suffering among those living away from the capital by local resident Clorayne Galleo, whose expression alone spoke volumes.

Mr. Santos, look me straight in the face. This Choco you say you love I fight for day by day, while your police officers and ESMAD [riot unit] mistreat me constantly. I’ve also been a victim of the ‘death ride.’ You’re going to have to work on healthcare too.

The “death ride” is is local term for a patient dying while waiting for medical treatment or searching for a hospital that is open. According to the photographer, the woman’s niece died in one of those death rides just a few months ago as the intensive care unit she needed doesn’t exist in the capital of Choco.

This type of elementary deficiencies in the state system are virtually nationwide, particularly in the rural areas that have proven a perfect petri dish for illegal armed groups.

In whose pockets will the international peace aid end up?

The arrest of the counselor who was responsible exactly to reduce this kind of state neglect did not just ruin Santos’ visit to Choco, it further deteriorates a public lack of confidence in their Bogota government and undermines diplomatic confidence foreign peace funds do not disappear in the pockets of corrupt officials.

Correa has held executive positions in both government and the private sector for decades.