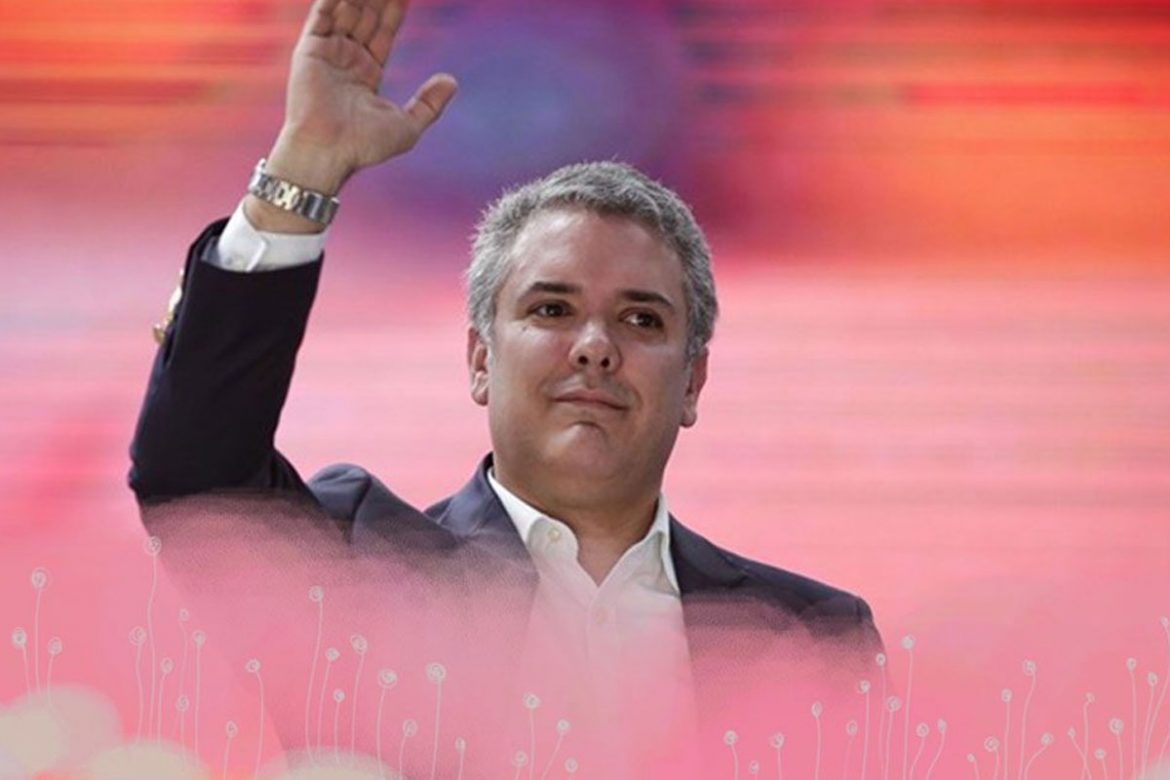 With the help of his intelligence agency, Colombia’s President Ivan Duque has stepped up spreading falsehoods and unsubstantiated conspiracy theories.

On Saturday, Duque falsely claimed he hoped to be extraditing four members of rebel group ELN this year.

Whether this was wishful thinking or another figment of the presidential is uncertain. What is certain is that Duque was referring to drug traffickers, not the guerrillas who have been making major territorial advances..

Whether the president was being creative or just nostalgic about the now-defunct Medellin Cartel, Duque additionally referred to the group of dissident guerrilla leader “Ivan Marquez” as “Narcotalia.”

Throughout the weekend, the president couldn’t stop talking about the “narco-terrorists” of the ELN and Marquez, conveniently ignoring Duque’s political patron, former President Alvaro Uribe, is a former cartel associate who is under investigation for his alleged complicity in multiple massacres.

Government-loyal weekly Semana and newspaper El Tiempo published the latest unsubstantiated claims of intelligence agency DNI about Marquez’ alleged location in Venezuela and an alleged rift in the ELN.

The DNI has been stepping up force-feeding the media of allegedly corrupt bankers Luis Carlos Sarmiento and Jaime Gilinski all kinds of unsubstantiated “intelligence” that would confirm Duque’s conspiracy theories leftist governments are out to get him and his far-right Democratic Center party.

The president’s conspiracy theories may be more comforting than the thought his party may get an electoral beating in 2022 over alleged mafia interference to rig the 2018 elections in Duque’s favor.

The would almost certainly be more comforting than 23 human rights defenders and community leaders who have been assassinated and the 13 massacres in which 45 people were slain.

Duque’s refusal to implement a 2016 peace deal former FARC guerrillas and the president’s imploded security policy have spurred a dramatical increase in political and drug-related violence and has isolated the president and alleged mafia puppet.

While Duque has been trying to entertain himself with conspiracy theories, a growing number of people refer to Mockingly refer to the alleged mafia puppet as the “Worst President in History” amid growing concerns about the future of Colombia.