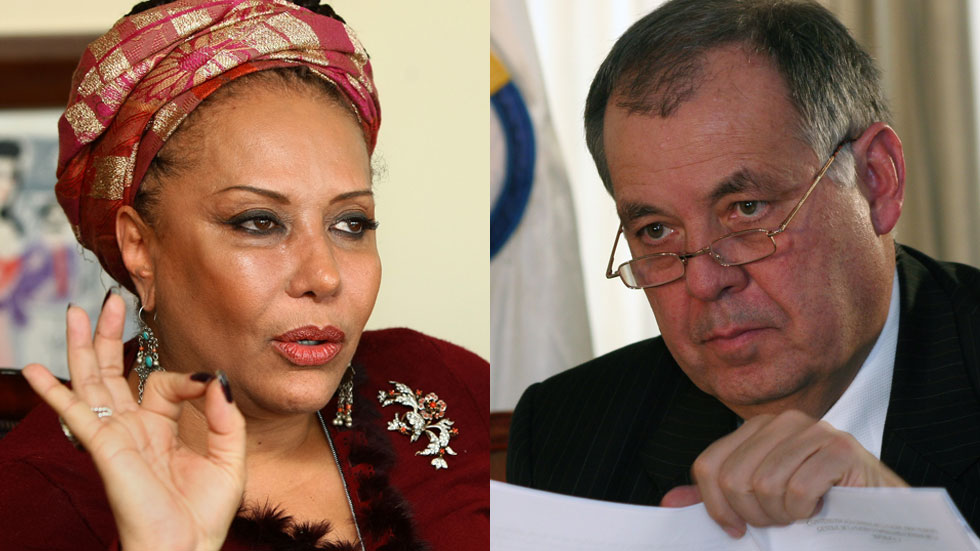 Two of Colombia’s most polarizing politicians have announced their candidacy for the 2018 elections, while moderate candidates have yet to proclaim their aspirations.

Former Senator Piedad Cordoba announced on Tuesday she will be running for president while facing a sky-high disapproval rating over of her support for Venezuela President Nicolas Maduro.

Ordoñez barred his now-opponent from politics in 2010 on claims that she was an associate of the FARC guerrilla group, but was overruled by the State Council that found no evidence to support his claim.

Ordoñez was subsequently sacked by the same State Council after nullifying his 2012 reelection.

Cordoba, the leader of the leftist Patriotic March organization, announced she will try to get a ticket by seeking the necessary signatures to take part in the first round of the elections that will be held in May next year.

While enjoying considerable support among the social organizations that are part of the Patriotic March, Cordoba has the highest disapproval rating of all presumed presidential candidates, according to the latest Gallup poll.

Her low approval rating is due to her ongoing support of the increasingly autocratic Venezuelan government and fierce opposition to her most prominent political enemy, former President Alvaro Uribe.

According to Gallup, Cordoba can count on the approval of 24% of Colombians and the disapproval of 66%.

This puts the outspoken politician two percentage points ahead of Ordoñez, one of Colombia’s most conservative politicians.

Ordoñez and Cordoba find each other on opposite extremes of Colombia’s political spectrum.

While Cordoba is controversial over her friendly ties to Maduro and his late predecessor Hugo Chavez, the ultra-conservative Ordoñez hit the headlines on Monday by claiming that Colombia was not a secular state.

More moderate candidates have yet to formally announce their candidacy.

Traditional parties like the Liberal Party and the Conservative Party are expected to announce either a candidate or their endorsement of a coalition candidate later this year, the same as hard-right opposition party Democratic Center of former President Alvaro Uribe.

The winner of the elections will succeed President Juan Manuel Santos on August 7 next year.