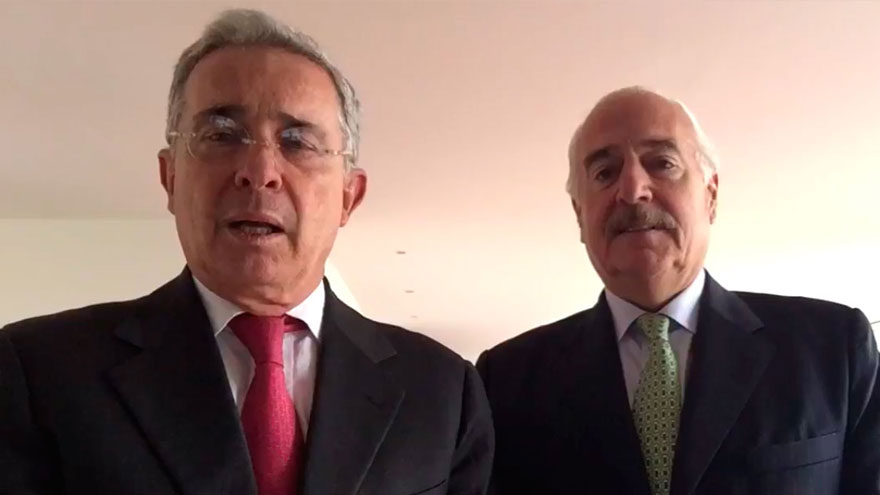 The conservative candidates are supported by
News

According to several media, Trump received the prominent opposition politicians at his Mar-a-Lago holiday resort in Florida. Neither the White House or Trump confirmed the meeting.

Newspaper El Tiempo reported that the hard-right Uribe (2002-2010) said the visit was at the “invitation of others, a social event.” Radio station La FM reported Uribe was in Florida together with his grandchildren.

According to Pastrana, who was president between 1998 and 2002, he had a “cordial and very honest conversation about the problems and perspectives of Colombia and the region” with the US president.

The two former presidents have desperately sought US support for their opposition to the peace process that has been praised by the global community.

Pastrana initially supported the peace process until it became public that state officials accused of war crimes will have to appear before a transitional justice system.

Uribe, accused of ties to death squads and responsibility in the executing of thousands of Colombian citizens, has opposed peace with the FARC, the country’s largest and longest-running rebel group since talks began in 2012.

While the government has been lobbying the White House and US Congress to fulfill the American promise to financially support the peace process, the opposition has written a letter asking Trump to retract support.

Trump himself has been ambiguous during his first months in office.

The US and Colombia have long worked together to curb drug trafficking and the cultivation of coca, the main ingredient of cocaine, in the South American country, but with negative results.