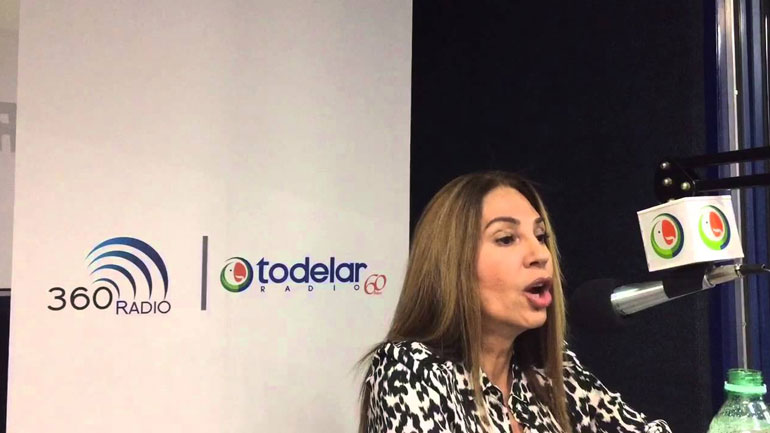 A former senator convicted of ties to paramilitary death squads over the weekend asked that “parapoliticians” be included in a pending peace deal between the government and FARC rebels, but heard a resounding “no.”

Former Senator Rocio Arias, who was one of the key lawmakers advocating paramilitary group AUC‘s interests when she was in Congress a decade ago, asked the administration of President Juan Manuel Santos to include her and the remaining 65 convicted former congressmen to be allowed a “retrospective pardon” and to revoke the sentences that bar them from holding public office.

According to Arias, a lot of these corrupt congressmen have been victims of the guerrillas.

The request was almost immediately denied by Inspector General Alejandro Ordoñez who on Monday reported that such a “fair of concessions” could not be permitted.

“A requirement to access the benefits of transitional justice would be to recognize the perpetrators, to apologize to the victims and to repair,” something that members of the AUC agreed to do unlike the politicians who benefited from the paramilitaries’ drug money and intimidation tactics.

“This proposal … generates a scenario of impunity. It would not be possible according to current procedural rules,” said Ordoñez.

The initiative spear-headed by Arias with the collection of signatures to be delivered to the peace talks in Havana specifically requests that the crime of “aggravated conspiracy” that over 70 congressmen and governors were convicted with, is really a form of “rebellion.”

Arias referred to the administrations of former President Alvaro Uribe (2002-2010) whose governing coalition at the time consisted in large part of lawmakers on the AUC’s payroll. More than 65, including the former president’s own cousin, have since been sent to prison.

Arias was released in 2009 after serving 2 years for making pacts with paramilitary death squads as part of the para-politics scandal at the beginning of the millennium.

According to Arias, paramilitary commanders were solely indicted on charges related to drug trafficking and war crimes.

Unlike recently agreed with the FARC rebels, they were not given judicial recognition for the crime of rebellion, and as such are considered to be at a disadvantage to the rebels and to those politicians that have supported the group.

The recent transitional justice agreement will include the creation of a court designed to investigate and sentence the military members, guerrillas and civilians responsible for the tens of thousands of war crimes committed in the course of the 51-year armed conflict that has devastated the country.

Those who cooperate will receive a maximum prison sentence of eight years under “conditions of restricted liberty.” Those who refuse cooperation with justice, could serve as many as 20 years.

The former Urabeños head last week broke a six-year silence with claims that the AUC paramilitaries who continue to serve in neo-paramilitary groups should take this opportunity to now seek rapprochement.

Claiming that there would exist no raison d’être for the neo-paramilitaries in the event of peace with the FARC and ELN, Mario proposed to amplify the peace talks and include neo-paramilitary groups like the one he founded.

“What we did was defend the nation. Why not create an inclusive process? Now that the conditions are met, I call on the government and on all groups in arms to construct a national table for peace where all participate,” the former paramilitary commander said.

Staunchly conservative Ordoñez has publicly declared himself to be against the ongoing peace talks that are taking place between the Colombian government and the FARC on many occasions, calling it a “barbarity” that the state is considering granting the rebels access to politics.