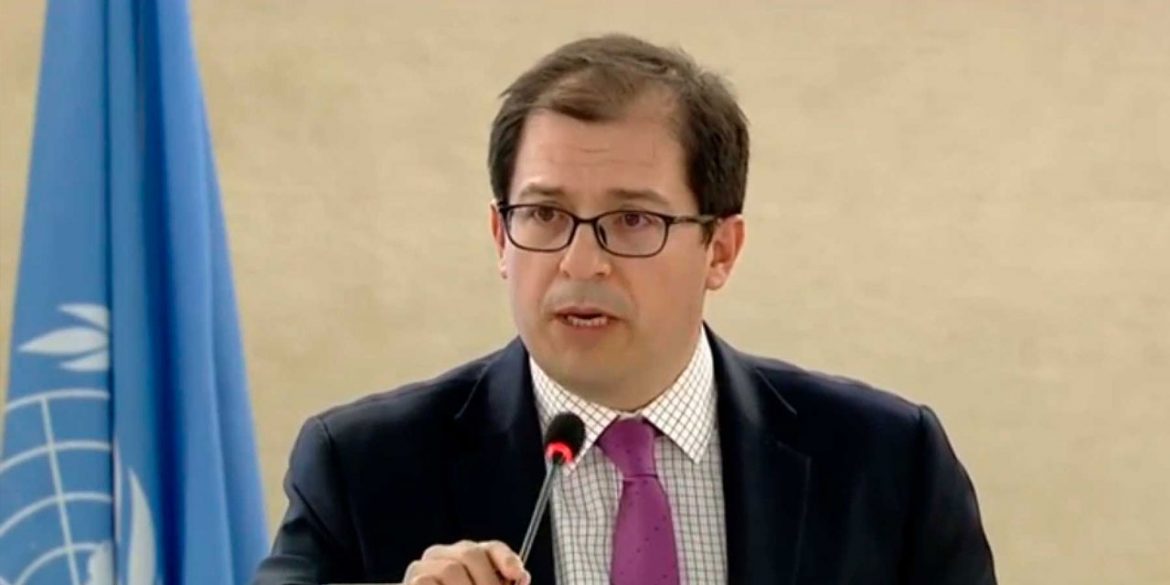 Colombia’s new chief prosecutor: no experience in criminal law, but no alleged criminal either

Barbosa has no experience with criminal law, but studied law with Duque and is specialized in international humanitarian law and transitional justice.

Who is Colombia’s new chief prosecutor?

As Duque’s human rights chief, Barbosa was one of the negotiators of the government with the United Nations Office on Human Rights in problematic talks that resulted in the replacement of the mandate of the UN’s human rights office in Colombia.

Colombia’s incoming chief prosecutor and the president both started their careers under the patronage of former President Juan Manuel Santos.

When former President Alvaro Uribe became president in 2002, Duque stayed on at the Finance Ministry while Barbosa landed a job at the Communications Ministry.

The incoming chief prosecutor briefly worked at the human rights unit of the Prosecutor General’s Office he will now run between 2003 and 2004.

After this, Barbosa left government and dedicated his career to teaching law at the Universidad Externado.

Barbosa’s appointment ends the disastrous reign of former Prosecutor General Nestor Humberto Martinez who resigned in May last year already, but whose allegedly criminal interests were being taken care of by his henchman Fabio Espitia.

Whether the new chief prosecutor will promote effective investigations in major cases like that of Odebrecht and the allegedly criminal allies of former President Alvaro Uribe is unlikely.

What Barbosa may do is clean up the Prosecutor General’s Office, which has been run by alleged criminals since 2001 and whose conflicts of interests have virtually destroyed the prosecution.

With his knowledge of international humanitarian law and transitional justice, Barbosa is likely to continue Martinez’ efforts to control damage caused by investigations of the war crimes tribunal and prevent investigations by the International Criminal Court.