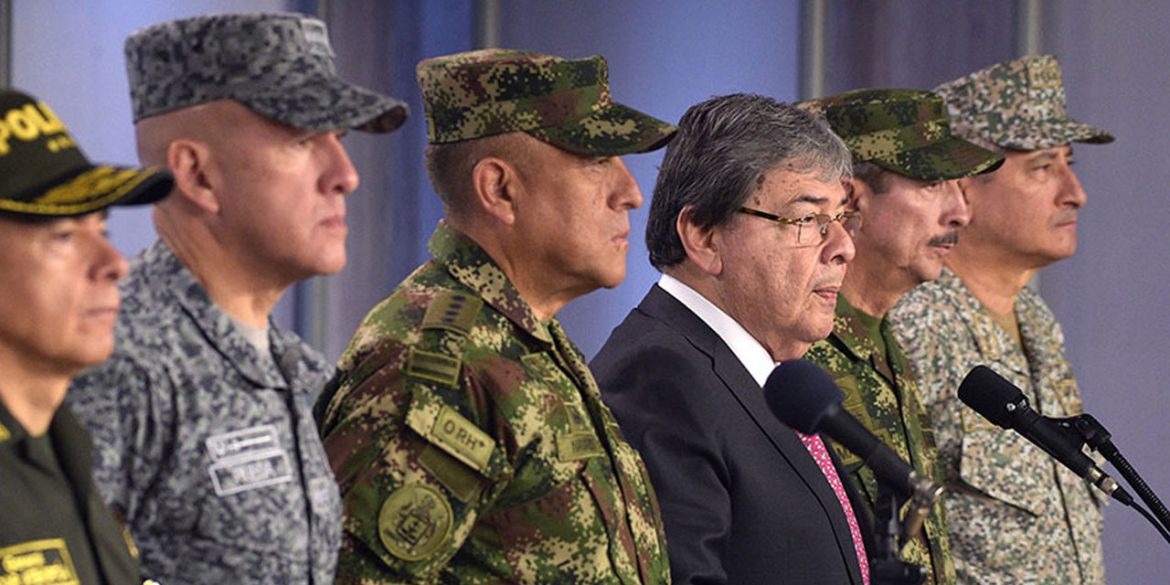 Colombia’s defense minister said Sunday that the military will provide the prosecution with evidence against 13 of its members who allegedly took part in the illegal spying on journalists, NGO’s, politicians and top government officials.

In an interview with newspaper El Tiempo, Defense Minister Carlos Holmes Trujillo said the military would surrender the results of a counterintelligence operation first thing on Monday.

The minister said he “assumed” the evidence would include that of the reported “profiling” of at least 130 civilians, including foreign correspondents and President Ivan Duque’s former chief of staff.

The Army will give the Prosecutor’s Office a USB drive with collected information… We are exploring the possibility that the intelligence has been misused. I assume, I don’t know yet, that all the profiling information is contained there. But I can’t say for sure. Although there will be information very useful to clarify the facts.

The minister would not say if the 12 officials who were fired last month after weekly Semana made the spying practices public are among these suspects.

According to El Tiempo, the evidence is the result of what the army called “Operation Baston,” a counterintelligence operation that allegedly began in 2017.

Apart from the identification of the 13 suspects of the illegal spying activities, this operation led to another 38 “administrative decisions,” the military said in a statement sent to El Tiempo.

Since January, Semana has revealed that the army began illegal wiretapping operations in part for Duque’s far-right Democratic Center Party and had been profiling targets that have nothing to do with national security.