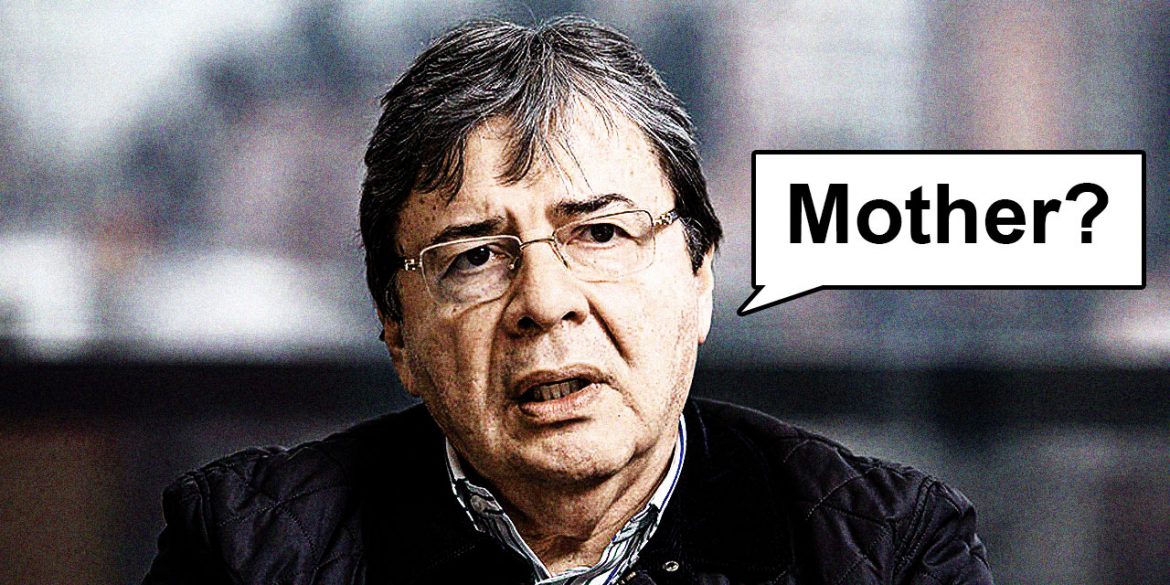 The defense minister was already considered “a disaster” by Foreign Minister Claudia Blum after she replaced the tragically uncharismatic politician last year.

Pollster Gallup last week implicitly confirmed Blum’s claim when revealing that public support for the military under Trujillo’s watch had dropped to 48% for the first time in recorded history.

Demagogy, lies, destructive populism, slander, the defense of policies that affect the fight against illicit crops and the project that seeks to stigmatize and delegitimize the Public Force are the worst security threat to Colombians who want to live and work in peace.

Less popular than Trump even

The military’s approval rating is still better than the 20% of the defense minister, who has become even less popular even than incumbent US President Donald Trump, the least popular foreign leader after Venezuelan President Nicolas Maduro.

Maduro and Trump were never popular, but Colombia’s military has enjoyed a high approval ratings for decades until President Ivan Duque put a number of allegedly corrupt generals in charge of the National Army, which led from one embarrassment to the other.

Fighting civilians instead of guerrillas

Duque made a fool out of himself in August last year when he accused Maduro of harboring terrorists, but was caught using fabricated evidence.

Trujillo’s predecessor, former Defense Minister Guillermo Botero, was then forced to resign after Senator Roy Barreras revealed the military had bombed minors who had been forcibly recruited by a FARC dissident.

Things went from bad to worse after Trujillo took over in November last year and immediately embarked on a terror campaign in a failed attempt to quell anti-government protests.

The National Army commander, former general Nicasio Martinez, was forced to resign almost immediately after because the Supreme Court found out the army had allegedly been spying on journalists, lawmakers and the top court itself.

A second scandal revealed the army also had been plotting to assassinate a leading journalist and profiling civilian targets.

US Congress to be asked to investigate Colombia’s military mafia

The minister hits a new low

While guerrillas continued their territorial offensive and public security in certain areas continued to worsen, Trujillo appeared to dedicate most his time trying silence any protest.

The minister hit a low point in September when National Police massacred at least 13 people in the capital Bogota in an operation led by Trujillo to quell protests that had broken out after an extremely violent case of police brutality.

Instead of stepping down, the disgraced minister has since threatened to file criminal charges against critics, including senators, who don’t just want him removed from office, but in prison for terrorism.