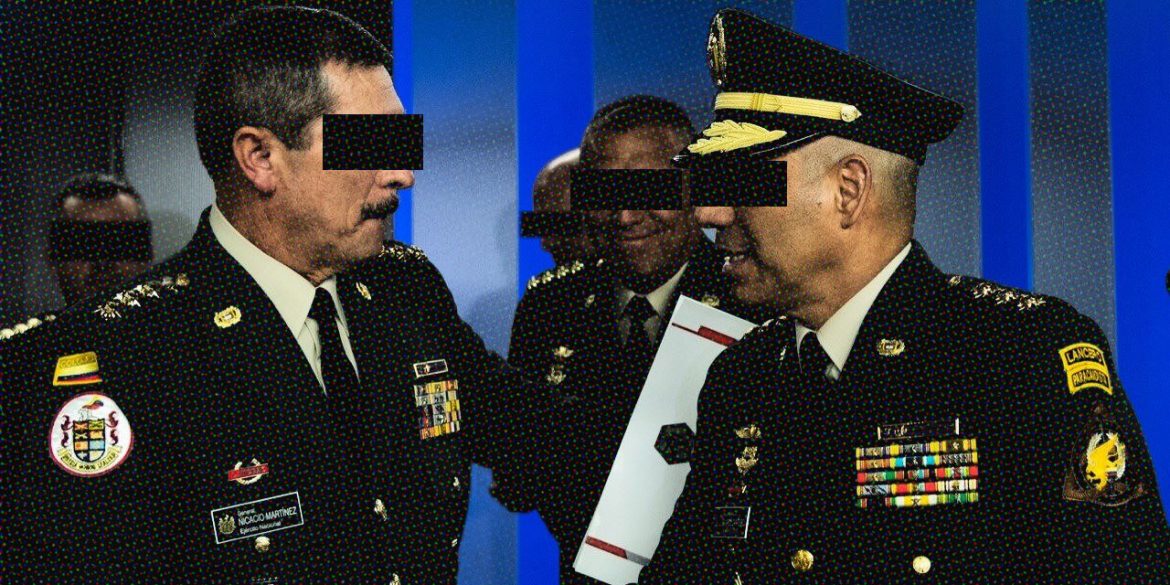 US Congress to be asked to investigate Colombia’s military mafia

Colombia’s opposition said Wednesday that it will formally ask the United States’ Congress to look into piling evidence of an organized crime dissidence within Colombia’s armed forces.

Opposition Senators Ivan Cepeda, Antonio Sanguino and Gustavo Bolivar said they would inform the US Congress of the reported organized crime and illegal spying activities of this dissidence in a debate with Defense Minister Carlos Holmes Trujillo.

Cepeda took claims of weekly Semana that Trujillo tried to block a Supreme Court probe into the reported spying on politicians, the Supreme Court, journalists and NGO’s a step further.

The senator accused the minister of leading a cover-up operation into the reported criminal practices that had already triggered US House Representative Jim McGovern’s urge to cut military aid.

Minister, you are the head of a new cover-up operation that wants to hide and bury the investigations into the links of the Military with corruption, drug trafficking, criminal organizations, on the attempts to end peace in Colombia, as well as the persecution of political opponents and human rights defenders.

The defense minister said earlier this month that the prosecution would receive evidence of the alleged criminal activity of 13 members of the National Army obtained in a counterintelligence operation that began in 2017.

“Operation Baton,” however, revealed that 16 generals and some 250 mid-level commanders and soldiers had been engaged in all kinds of criminal activity and was cut short after President Ivan Duque put the alleged military mafiosi in charge in late 2018, according to Semana.

On the watch of former National Army commander Nicacio Martinez, the counterintelligence unit reportedly began going after the officials who had reported the corruption and journalists reporting on it.

There is something very, very wrong with the Colombian military, its intelligence agencies, and its deep-seated antipathy towards Human Rights, a Free Press, and an independent judiciary.

The minister has two good motives to keep the military’s reported criminal activity under wraps; Colombia’s military can annually count on large sums of US financial support and his Democratic Center party is implicated.

Uribe, who is under investigation by the Supreme Court for allegedly trying to manipulate witnesses linking him to death quads, saw several of his closest aides and his former intelligence chief disappear behind bars after Congress found out that now-defunct intelligence agency DAS was involved in similar criminal activity the military is accused of this time.

Like Uribe, corrupt elements within Colombia’s security forces have been linked to organized crime for decades.