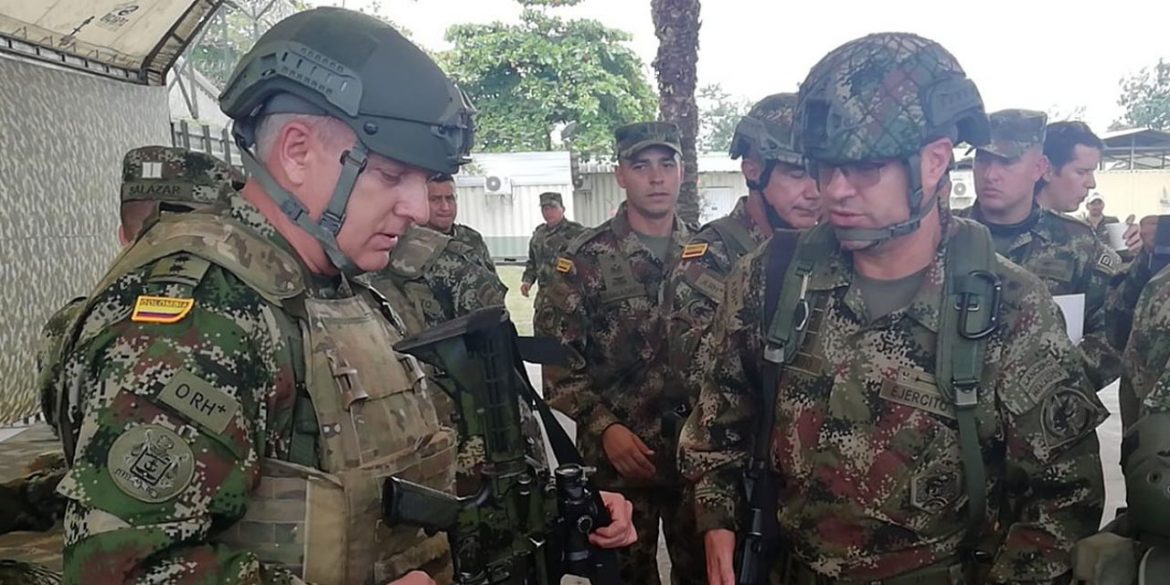 The commander of Colombia’s armed forces, General Alberto Jose Mejia, has claimed that top FARC leaders are plotting to revive their demobilized guerrilla organization, according to Caracol Radio.

The radio station reported that Mejia had said “there exists information” that former military commanders of the guerrilla group-turned-political party “possibly” are planning to rearm demobilized guerrillas.

According to Caracol, which did not reveal its source, the military commander talked about a “possible plan to revive the FARC as a criminal entity with strategic plans led by former members of the secretariat.”

Caracol did not mention which former members of the now-defunct secretariat — who have unanimously reiterated their commitment to the peace process — would be plotting their rearmament.

The only public claim that exists about a possible “Plan B” to rearm if the peace process fails was made by transnational crime website “InSight Crime” in March.

According to the website, anonymous former guerrillas said that this “Plan B” would be led by “Ivan Marquez” and feared former unit commander “El Paisa,” who has disappeared.

Months after the report, Marquez and El Paisa went underground amid fears that American authorities would also seek their extradition in possible violation of the 2016 peace deal with the government of former President Juan Manuel Santos.

All former members of the FARC’s now-defunct secretariat, including Marquez, have reiterated their commitment to the peace process and the Special Jurisdiction for Peace, the war crimes tribunal that seeks to try both guerrilla and military commanders on charges they committed crimes against humanity.

Many of the FARC’s leaders are either in Congress or working with the United Nations to advance the reintegration of the group’s approximately 14,000 members, which has been hampered by chronic state failures to comply with the 2016 peace deal that vowed to end more than half a century of violence.

Many rank and file guerrillas, however, appear to have abandoned the process, discouraged by the Colombian state’s ongoing failures to meet promises made in the peace deal and threats by President Ivan Duque to unilaterally alter the agreement.