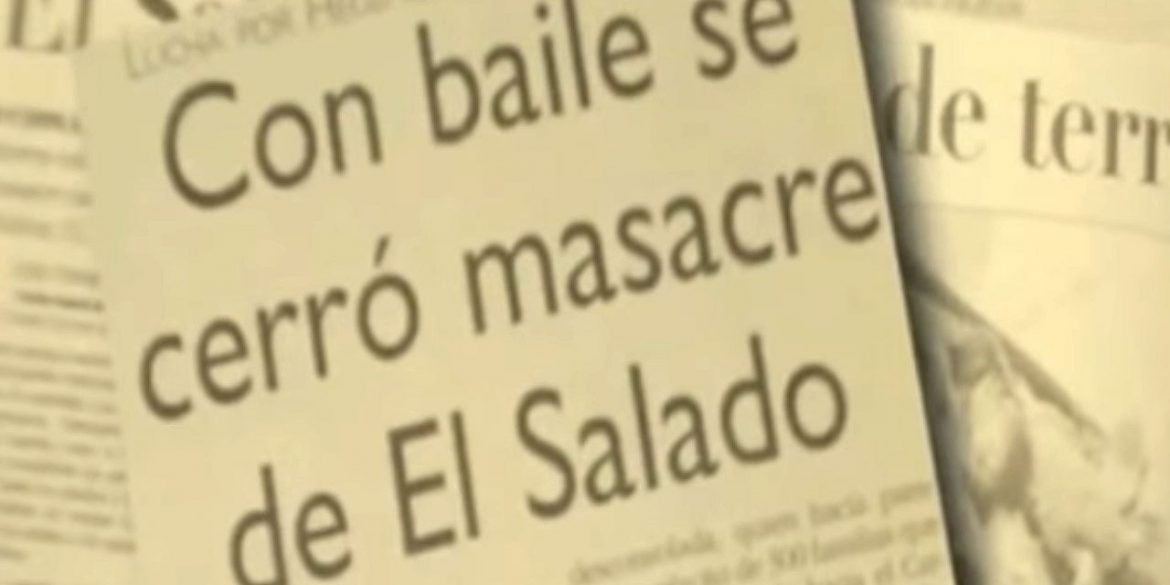 Several studies have shown how Colombia’s mass media consistently misinformed the public over the country’s armed conflict. El Salado’s 2000 massacre is one of the most shameful chapters.

Not only did media falsely report that the 60 people who were massacred between February 16 and 21 were killed in combat between paramilitaries and guerrillas, some were falsely accused of being members of the FARC.

Worst of all, no mass media talked to the victims, but television network Caracol granted Carlos Castaño, the late boss of paramilitary organization AUC, a 90-minute interview to legitimize the atrocities. Newspaper El Tiempo did the same with his second-in-command, Salvatore Mancuzo. 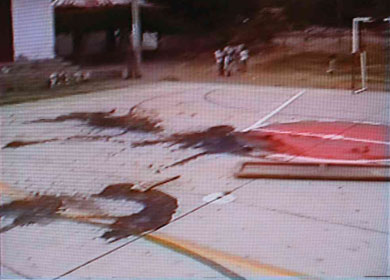 The massacre began on February 16 when paramilitaries set up a roadblock disconnecting El Carmen de Bolivar from El Salado and some 450 men divided in three units advanced to Salado where they arrived in February 18.

During the two-day walk to the village, the paramilitaries received only minor resistance from FARC guerrillas that also operated in the area.

By the time they arrived, the paramilitaries had already killed 14 people.

While the unit of “05” surrounded the village, “El Tigre” and “Amaury,” a former member of Colombia’s special forces, ordered the locals to gather at the town square.

Masked men who were with the paramilitaries pointed out three men who, according to them, were guerrilla collaborators. Before the eyes of the the locals they were tortured and had their throats slit.

By February 21, after butchering 60 people and raping two minors, the paramilitaries set fire to the town and left.

An El Espectador journalist told scholars this information was provided by the military that, according to the New York Times, was a few minutes away from the massacre.

The predominant version disseminated and recreated by the mass media was that of the Armed Forces, according to whom in El Salado fifteen inhabitants were killed in the midst of fighting between the FARC and the paramilitary groups.

This was contradicted by Prosecutor General Alfonso Gomez, who told media on February 22 that “I was told that children and elderly people were there, all this indicates to me that the presentation of of [forensic investigation unit] CTI is true and that this was not an alleged combat, but one of the classic massacres of the Colombian conflict.

The AUC responded the next day, claiming that the CTI chief was “echoing the manipulated versions of the FARC.”

Our troops, with the guerrilla deserters as guides, laid the siege and were able to identify without a doubt who were guerrillas.

On February 25, newspaper El Tiempo reported that 28 people had been killed in the incursion. According to the newspaper, “three bodies had clothing that makes one think they might be guerrillas, said the prosecutor general’s office.” 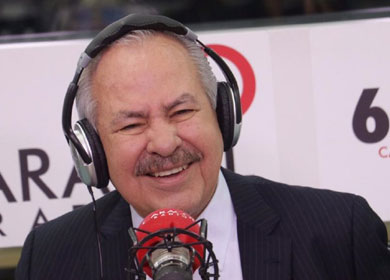 At no point any news outlet talked to the victims, thousands of whom had fled the village immediately after the massacre.

El Tiempo editor-in-chief Francisco Santos, an alleged acquaintance of Mancuso, did publish an interview with the paramilitary commander who ordered the massacre on February 28.

The newspaper, which then said that 40 people were killed, explained the paramilitaries’ strategy behind “the worst massacre in 10 years.”

The Montes de Maria area along with the Sierra Nevada de Santa Marta where the paramilitaries attacked last week are the only two places on the coast that offer armed groups conditions of mobility and shelter. The Montes de Maria area lacks roads and is made up of mountains 400 meters high, broken like an accordion, which makes it easy to ambush the army because [the guerrillas] see them coming from far away.

The novel impact of the paramilitary leader’s very presence allowed for public attention and the staging of a speech legitimizing the counter-insurgency war and its practices, as well as making the horrors committed by them invisible.

Three months after the massacre, Colombia’s mass media had still not interviewed one victim, only war criminals and authorities.

Weekly Semana dedicate a “special” on the statistics of the conflict in which it reduced the number of victims to 28 victims again on May 29.

Only foreign media allowed the victims to talk

It took a foreign news outlet, the New York Times, to relay a victims’ accounts for the first time on July 14.

”To them, it was like a big party,” one of a dozen survivors told the newspaper. ”They drank and danced and cheered as they butchered us like hogs,.’

Colombians were kept completely ignorant of what was happening to their compatriots, they were only fed war crime apologists and authorities that contradicted each other.

Why did media do this?

The massacre occurred during peace talks between former President Andres Pastrana and the FARC. Victims were inconvenient as they were massacred “as the army stood by,” according to the New York Times.

Had the public been informed that “during the three days of killing… military and police units just a few miles away made no effort to stop the slaughter” but “prevented human rights and relief groups from entering and rescuing residents” as the NYT reported, it would’ve been evident the state was as complicit in terrorism as the FARC.

Colombia’s mass media apparently agreed to betray their loyalty to citizens, and legitimize terror and the president instead.

The locals are stiff suffering the consequences. When they tried to commemorate the 20th anniversary of the massacre last month, their teachers received mass death threats.

The alleged masterminds behind both massacres, the wealthy Mendez family, has yet to be taken to court. It wouldn’t be that they continue to terrorize the locals to cover up their alleged complicity in two massacres, would it?