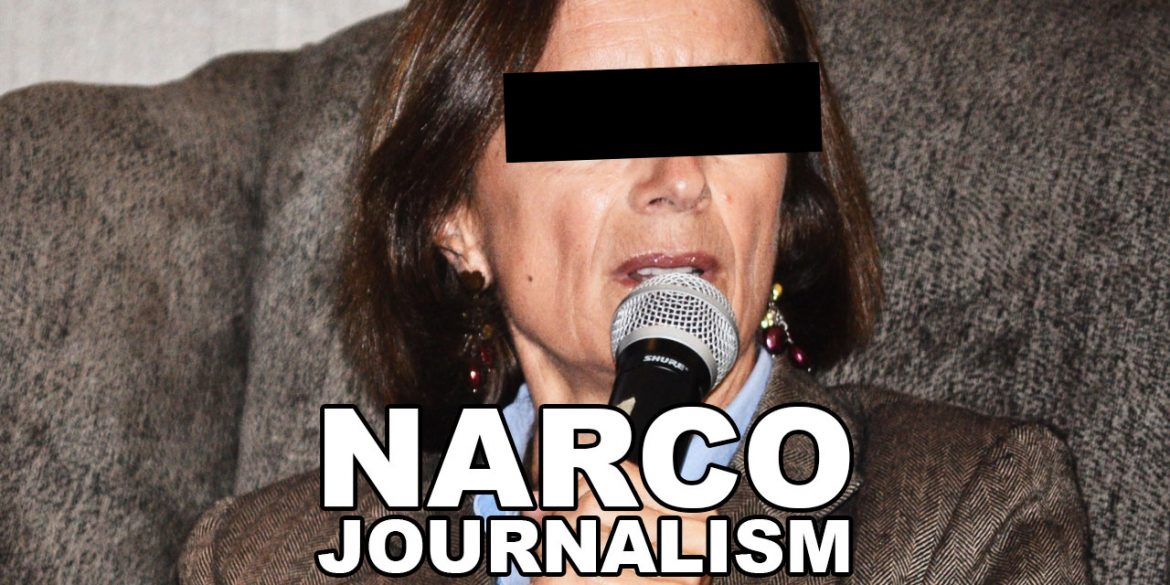 Spanish journalist Salud Hernandez has begun a smear campaign against the journalist who is revealing evidence of Colombia’s former President Alvaro Uribe’s ties to the Medellin Cartel.

Hernandez has long justified organized crime and war criminals, as long as they’re not leftist.

Her problems appear to have always been with honest colleagues who dared to reveal alleged criminal activity that affected the cesspool Hernandez calls her social circle.

The journalist even took part in a criminal conspiracy to discredit the Supreme Court when it was investigating Uribe, according to a convicted intelligence chief.

Her latest target, journalist Daniel Mendoza, has been revealing evidence that the former president was a key Medellin Cartel asset in his online series “Matarife,” and Hernandez wants to keep the whole thing under the rug.

To counter the journalist’s success, the Spanish journalist used her column in Semana magazine to smear her colleague.

Vicky Davila, Hernandez’s friend who married into the mafia, joined the attack.

War criminals “autodidacts” that give “hope,” but journalists “profane”

The Spanish journalist has always been open to the fact she adores the alleged Medellin Cartel associate and alleged war criminal, Uribe.

Hernandez said in 2000 that Uribe is “an illusion, a hope, the light at the end of the tunnel and hopefully a light that will not go out, because I think it would be a terrible disappointment for this country.”

That same year the Spaniard called Carlos Castaño, one of Colombia’s worst war criminals in history, “an autodidact who defines himself as more political than military”, but he is a little known character, involved in countless crimes and dark events.

Mendoza, on the other hand, “is a man blinded by an obsessive eagerness to be in the limelight, who made his life of drugs and promiscuity a song about a misunderstood absolute freedom, traits that fascinate certain sectors of the left and those who enjoy vomiting excrement on social networks,” the Spanish journalist said in her weekly column in Semana before going on an unsubstantiated smear binge.

Fearing death and prison, maker of popular series on Uribe goes into hiding

The disgrace of Colombian journalism

Hernandez has been an embarrassment to many of her colleagues for years.

Apart from apologizing for terrorism, admiring mafiosos and smearing colleagues, the Spanish journalist conspired with the now defunct intelligence agency DAS to smear the Supreme Court in newspaper El Tiempo as part of an illegal intelligence operation, according to convicted former intelligence chief Fernando Tabares.

[Convicted DAS executive Jorge Lagos] told us that, as instructed by the presidential palace, we had to surrender certain information to the aforementioned journalist in relation to what we called the Paseo case and, considering that the person who had, so to speak, all the information was Captain Jorge Lagos, after the talk in the Director’s office, I left the office and Jorge Lagos was, so to speak, in charge of the aforementioned journalist, who later, on June 15, 2008, published a column in El Tiempo entitled “The speck in someone else’s eye”, in which she commented on some issues related to some of the judges of the Court.

Journalists and an acquaintance of Hernandez confirmed the Spanish journalist is one of the most despised media personalities in Colombia because of her admiration for war criminals, narcos, and alleged dictators.

Hernandez is the result of the clash between a lack of context and bias generated by being servile to the system. Basically, her view of journalism is a mishmash of having no idea of the country she’s in and a lust for easy money, licking the boots of the corrupt.

She hates children, so I don’t know what her story is that she’s against abortion, the old hag.

Her comments surrounding the military’s aerial bombing in Caquetá in 2019 killing abducted children showed a lack of journalistic ethics and that she would prefer to be in the spotlight than to report objectively on a situation.

Few understand why the Spanish journalist still has a job, other than being close friends with Vicky Davila.

Disclaimer: the author virtually knew Hernandez through the Association of Foreign Press in Colombia (APIC) until he called Hernandez a “twat” and resigned.