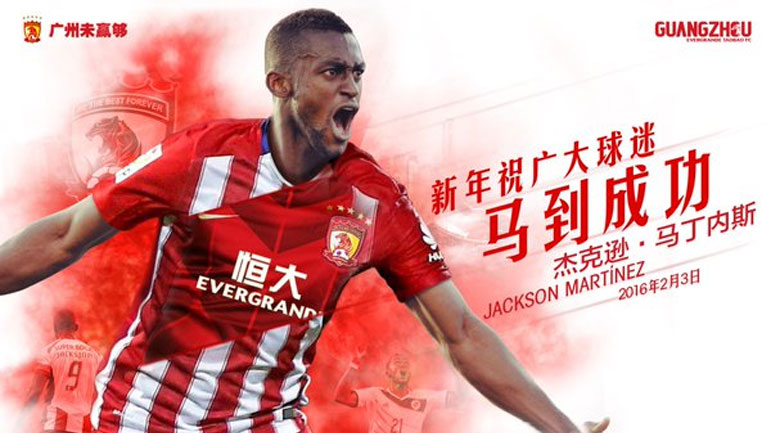 The price paid for the 29-year-old ]striker broke the Asian transfer record that was briefly held by Brazil’s Ramires who transferred from Chelsea to Jiangsu Suning for $36 million.

The Chinese Super League has been bolstering its teams; Martinez’ compatriot Fredy Guarin moved to Shanghai Greenland Shenhua just a few days ago.

Martinez’ manager at Guangzhou is former Chelsea and Brazil boss Luiz Felipe Scolari, while Brazilians Paulinho and Robinho will be his new team-mates.

The Colombian star striker was born in Quibdo, a city located in the impoverished west of Colombia.

After moving to Medellin as a child, Martinez joined Independiente Medellin and helped the team obtain a league title, impressing foreign teams.

He has since played in Mexico, Portugal and Spain.