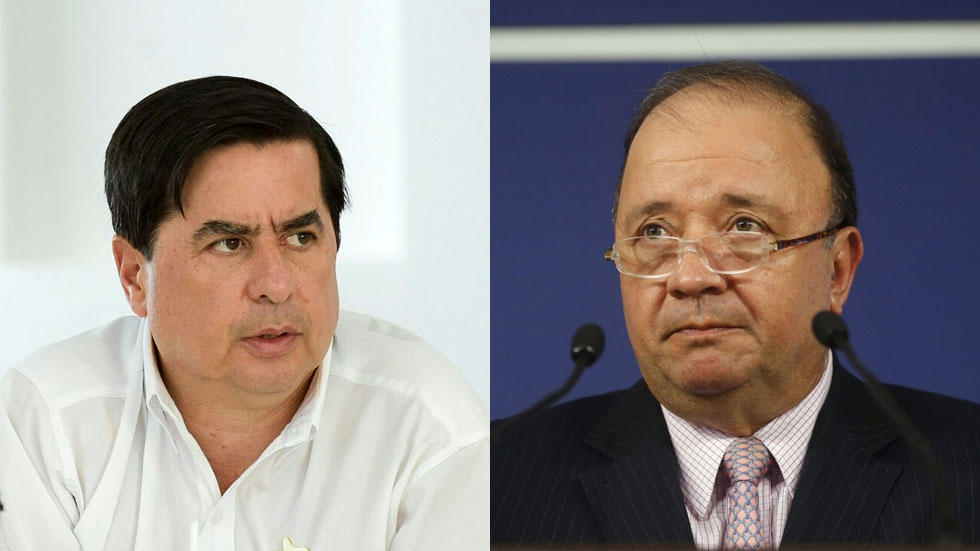 Colombia’s interior and defense ministers to be sacked amid troubled peace process: report

Colombia president Juan Manuel Santos is set to fire his Ministers of the Interior, Defense and Agriculture, those responsible for the implementation of a peace process with Marxist FARC rebels, according to newspaper El Espectador.

In a reshuffle that was expected last week already, Housing Minister Elsa Noguera will also be asked to give up her position, the newspaper reported Monday.

These ministers are responsible for the execution of a peace agreement with the FARC that has gone all but smooth.

Especially Villegas has come under fore for his apparent lack of capacity to lead the security forces in the operation to assume state control in areas that have been abandoned by the FARC.

The FARC demobilization process led by Villegas has been chaotic at best, but the criminal power vacuums created in several parts of the country have been main shame for the outgoing minister.

Due to the lack of state or guerrilla presence, community leaders have become a target for other illegal armed groups looking to either take over FARC territory or coca cultivation fields.

Since the peace deal came into effect on December 1, at least 29 local community leaders were assassinated.

Additionally, the camps in which the FARC is supposed to be demobilizing and laying down their weapons are still not ready, more than four months after peace.

To make Villegas’ matters worse, he is responsible for the country’s counter-narcotics operations, which have also been disappointing as coca cultivation is booming and drug trafficking is at a record high.

Iragorri is the minister responsible for the implementation of rural reforms that seek to reduce poverty at the countryside and with that remove one of the main causes of political violence in Colombia.

Santos announced the introduction of this reform at the end of last month, but Iragorri has yet to formally propose them.

Cristo was the responsible minister for a series of political reforms that were approved by Congress and seek — apart from the FARC’s conversion to a political party — a normalization of Colombian politics.

The cabinet reshuffle comes at yet another crucial time in the peace process.

While the initial priority was to effectively demobilize and disarm the FARC, the implementation of the rural and political reforms are next.

All things involved in the peace process can count on broad skepticism among the Colombian public and fierce opposition from the hard-right opposition in Congress.