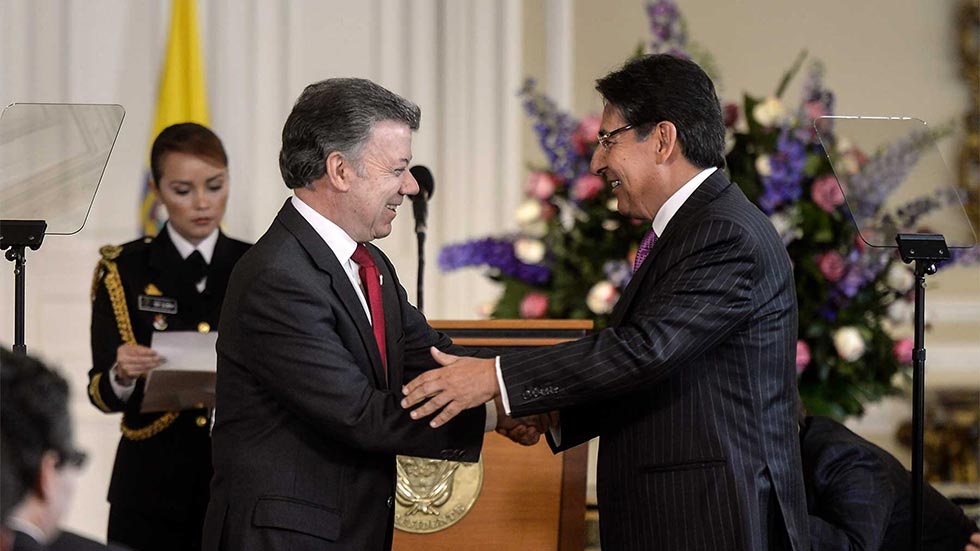 Impunity for crime is almost absolute in Colombia where only 1% of crimes results in a conviction, said the country’s new prosecutor general in his inauguration speech.

The incoming chief prosecutor, Nestor Humberto Martinez, said that combating this rampant impunity will be one of his main priorities in the coming four years.

“The validity of rights and liberties depend on the existence of a solid and efficient justice” system, Martinez said, whose office is responsible for all district prosecution offices in the country.

To curb this almost absolute dysfunctionality of Colombia’s justice system, the new chief prosecutor promised a 50% increase in prosecutors “through the reassignment of functions.”

Martinez announced new funds that could unclog the system, but with this reorganization of prosecution offices “we will break the spine of impunity,” he boldly predicted.

Another priority for the new prosecutor general, one that is partially to blame for he country’s failing justice system, is widespread and virtually systematic corruption.

“Last year we received 56 thousand complaints of corruption from the past five years, and we have only reached a conviction in 2%” of the cases brought before justice.

According to newspaper El Tiempo, in the 56,000 cases of corruption mentioned by Martinez, the impunity rate was actually higher.

The newspaper said that in only 1,600 of the 56,000 cases a conviction was reached. However, only 800 convicts were actually arrested. Half of these convicts were then granted house arrest, also evading prison.

“For the good of Colombia, enter history as the prosecutor of the fight against corruption,” said Santos.

The president declared war on corruption when he took office for the first time in 2010, but apparently without any effect.