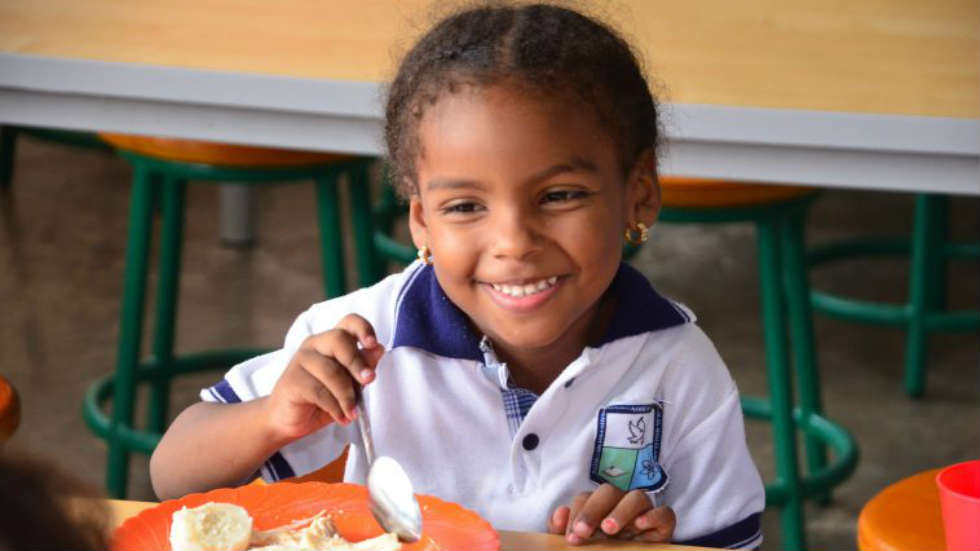 Colombia’s school food program is in danger. Governors no longer want to fund the program that is considered essential for the prevention of child deaths.

Hundreds of children have died of malnutrition in the past two years in rural areas where the so-called PAE program has been plagued by neglect and corruption.

The governors said they wanted the Education Ministry to rewind cuts in the program that have forced the governors to seek provisional funds to provide meals.

Decisions regarding the PAE must be reconsidered and taken as soon as possible. The food and education of our children is a priority. Without funds, it is impossible for the program to move forward.

According to the National University, only 58% of children effectively received school food in 2016. In some cases they were not fed regularly. In other cases the food was bad or insufficient.

The university study said the decentralization of the program that began in 2001 has been “poor and inconsistent.”

It is a concern that in 2016 almost 70% of the visited institutions did not have the necessary equipment to prepare and conserve food, and that not all the staff were certified to handle food, which means that food was rotten, not served at the appropriate temperature or not sufficient.

The PAE also suffers from chronic corruption, which has further depleted the budgets means to lower the child mortality rate and keep children in school.

The governors said that the program was executed properly in less than 1% of Colombia’s municipalities.

Education Minister Yaneth Giha told the governors to `understand the program is not universal.”

Colombia’s Inspector General’s Office immediately corrected the the minister and reminded Giha that the program has been universal by law for 80 years.

This is not a food supply problem, but a children’s rights problem.

Vice-Inspector General Juan Carlos Cortes said his office would try to mediate a solution to the crisis.

We understand that this is a wake-up call from the governors. The new PAE model has been in place for two years and we are at a moment of alert, crisis, adjustment, and not only because of funding issues, but also because of corruption.

The governors vowed to continue negotiating with the government and seek a solution.

Cortes told the education minister she has one month to present a plan to propose a revision of the program “that includes financing and organization.”

The official also called on candidates in the pending presidential election to “expose their proposals for Colombia in regards to the school food program.”