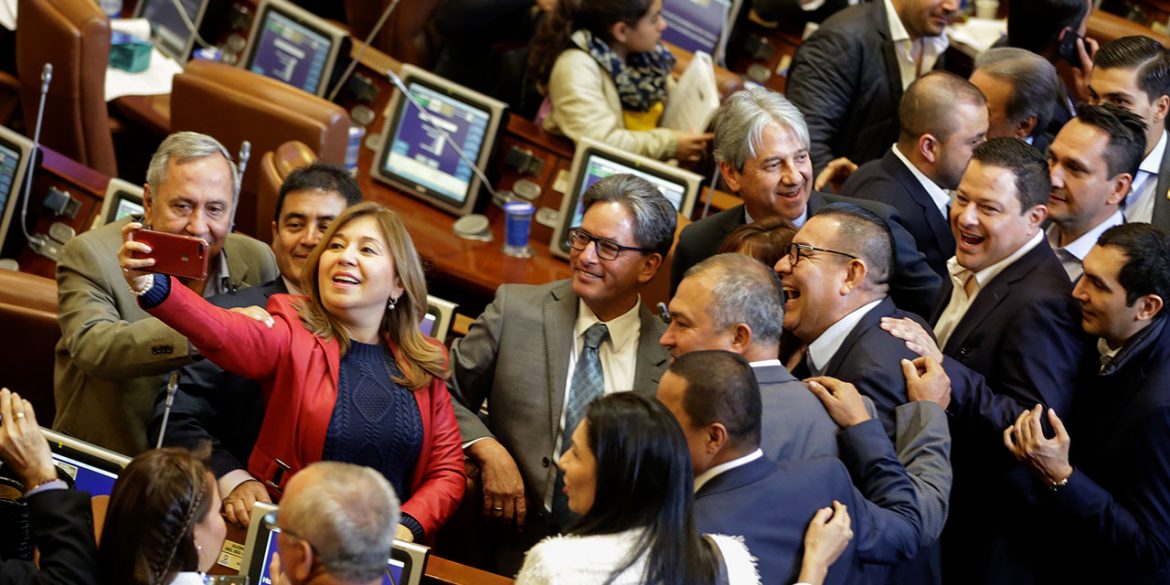 Colombia’s finance minister on Tuesday returned a tax reform proposal to Congress after it had been struck down by the Constitutional Court.

Instead of being presented as a budget finance plan, Finance Minister Alberto Carrasquilla presented the proposal to Congress as a tax reform, which it essentially is.

The text of the proposal is practically the same as the bill that was approved by Congress in December last year, but struck down by the court because it had not been duly approved.

Fortunately for Carrasquilla, the court maintained the validity of the reform until December 31, leaving the 2019 budget intact.

Nevertheless, the finance minister will have to push the tax reform through congress in record time as Congress is due to go on its three-month Christmas leave on December 16.

Carrasquilla is walking on eggshells to prevent any controversy that could either get the law stuck in Congress or struck down by the court for a second time.

In a press conference, the minister said that the tax reform was virtually the same as the finance bill presented last year.

While predicted, last week’s court ruling was another major blow for Carrasquilla and President Ivan Duque whose approval rating took a nose dive because of unpopular tax reforms contained in the proposal.

A week before local elections, opposition lawmakers and candidates are likely to remind the public of the government’s unpopular measures and failures to legally push policy proposals through Congress.

Duque can’t even count on the support of his own party, the far-right Democratic Center, according to newspaper El Tiempo, increasing the risk the reform loses validity on January 1.

While the ruling party’s reluctance to express support may blow over after Sunday’s elections, other parties have indicated that they also have a few wishes they wish to be granted.

Liberal Party Senator Mauricio Gomez said that his party leader, former President Cesar Gaviria, called his party’s lawmakers to meet next week to see what changes to the plan they would like to see introduced.

“The congressmen are going to take advantage to include propositions,” leftist opposition Senator Gustavo Bolivar told the newspaper. “Including ours,” the lawmaker added.

Basically, it seems, Carrasquilla is going to have to please parties from left to right and prevent lengthy debates if he wants his tax reform to make it.

Duque, who has given the reform his stamp of urgency, can expect his approval rating to sink even further.