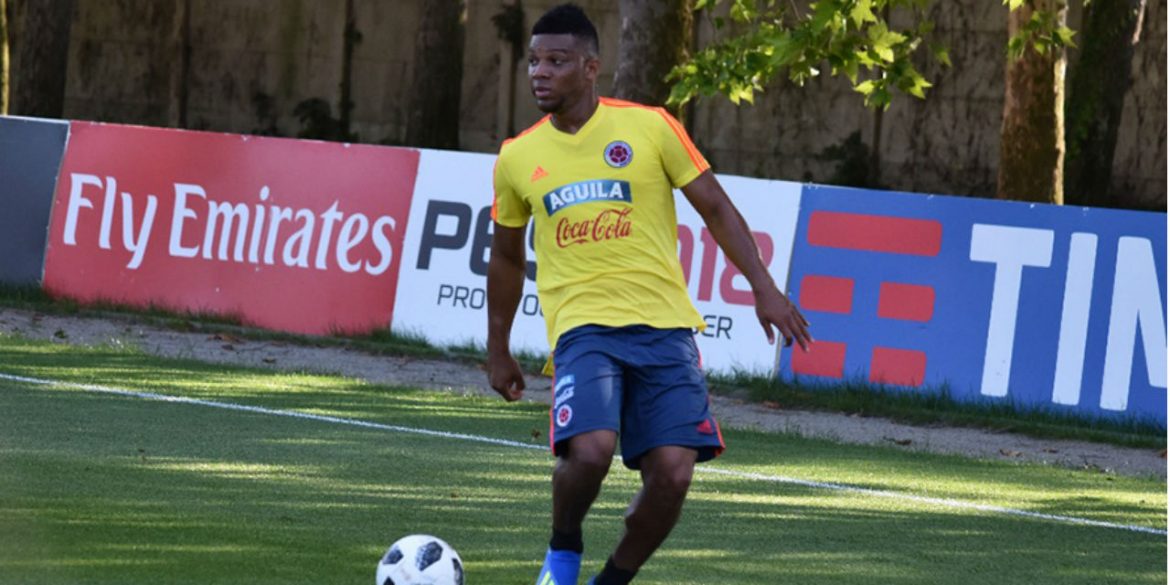 Colombian defender Frank Fabra was on Saturday ruled out of this month’s World Cup in Russia after sustaining a serious knee injury in training.

The Boca Juniors left-back tore the anterior cruciate ligament in his left knee while training at the team’s pre-World Cup base in Italy.

The extent of the injury to the 27 year-old was confirmed by scans taken by the team’s medical staff, according to a statement from the Colombian Football Association.

“The Colombia team reports with regret that the player Frank Fabra Palacios suffered a rupture of the anterior cruciate ligament of the left knee,” read the statement.

The news comes as coach Jose Pekerman puts the finishing touches to his squad ahead of the opening Group H encounter against Japan on June 19.

Fabra, who has made 19 appearances for Colombia posted a moving message on social media through which he lamented the end of his World Cup dream.

“The dream of a child, the illusion of a town called Nechi. What you dreamed of as a child running barefoot in the streets of Nechi. When you vibrated when you saw Cuadrado, James Rodriguez, the saves of David Ospina, the midfielders Carlos Sanchez and Abel Aguilar, the attacks of Camilo Zuñiga, Pablo Armero and Santiago Arias in the last World Cup. And there was only one purpose: to be part of this dream called the World Cup.”

With Fabra having been expected to start in the defense, Pekerman is now forced to call up a replacement, which will be named shortly, confirmed the statement.

Colombia will kick off the World Cup campaign against Japan in ten days time before facing Poland on June 24 with the final group game against Senegal scheduled four days later.