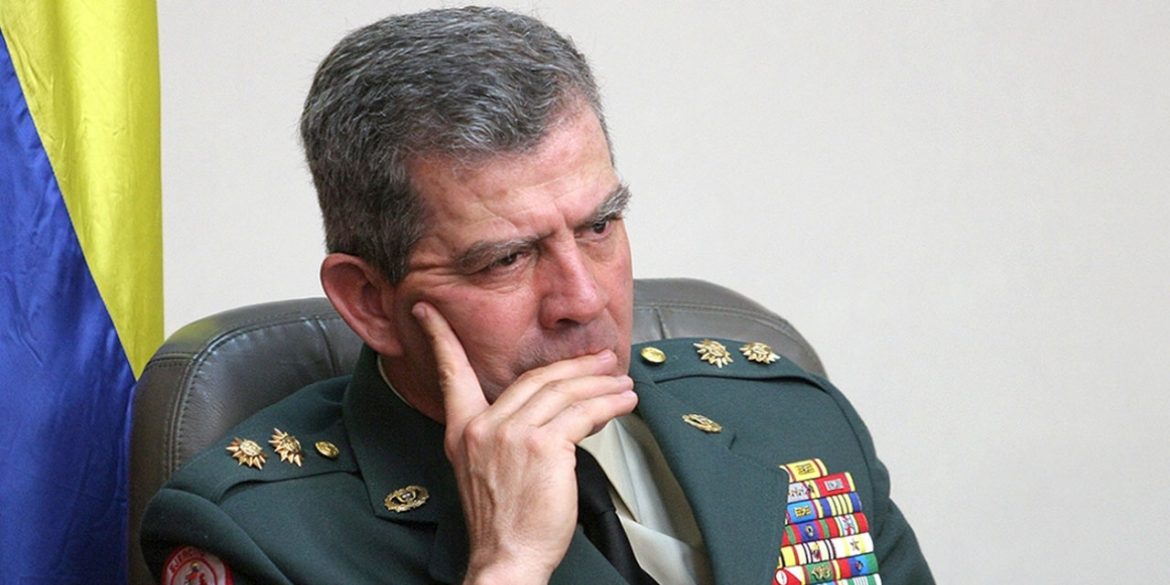 One of Colombia’s most controversial military figures, retired army commander General Mario Montoya, will appear before Colombia’s war crimes tribunal Thursday for his alleged involvement in the mass killing of civilians.

The former army commander faces up to 40 years in prison and is accused of numerous war crimes, the most severe being his involvement in the so-called “false positives” scandal in which thousands of civilians were executed and falsely presented as guerrillas killed in combat.

Montoya recently said he would submit to the Special Jurisdiction for Peace, which would allow him to evade a prison sentence in exchange for telling the truth and compensating his alleged victims.

A 2018 study on the “false positives” scandal said that as many as 10,000 civilians could have been murdered by the military between those years. The prosecution put this number considerably lower, claiming 4,500 civilians were executed and presented as guerrillas killed in combat.

“Montoya led the Colombian army while it engaged in one of worst episodes of mass atrocity in the Western Hemisphere in recent years,” said Jose Miguel Vivanco, the Americas director at Human Rights Watch, after the organization revealed information about his involvement in the scandal in 2016.

Montoya is second retired general to submit to a tribunal before the Special Jurisdiction for the Peace (JEP) and the highest ranking official to appear before the court on the charges thus far.

But he is just one of 23 generals and six colonels that the International Criminal Court wants to see prosecuted on charges of crimes against humanity.

The Colombian army began murdering civilians and presenting them as guerrillas in the 1990s, but as Montoya rose through the ranks of the military in the beginning of the 21th century, the number of “false positives” rose with him.

After the scandal broke in 2008, he was fired from the military, after which then-President Alvaro Uribe appointed him ambassador to the Dominican Republic.

The Uribe-ally was always considered one of the Colombian military’s most extremist leaders. And in the execution of the murders another military personnel who appeared before the court said that Montoya told them “I don’t want trails of blood, I want rivers of blood. I want results.”

As he appears before the court, Montoya will also have to clarify a number of other war crimes, including a military attack in Medellin that replaced leftists militias with Pablo Escobar’s former crime syndicate, the Oficina de Envigado.