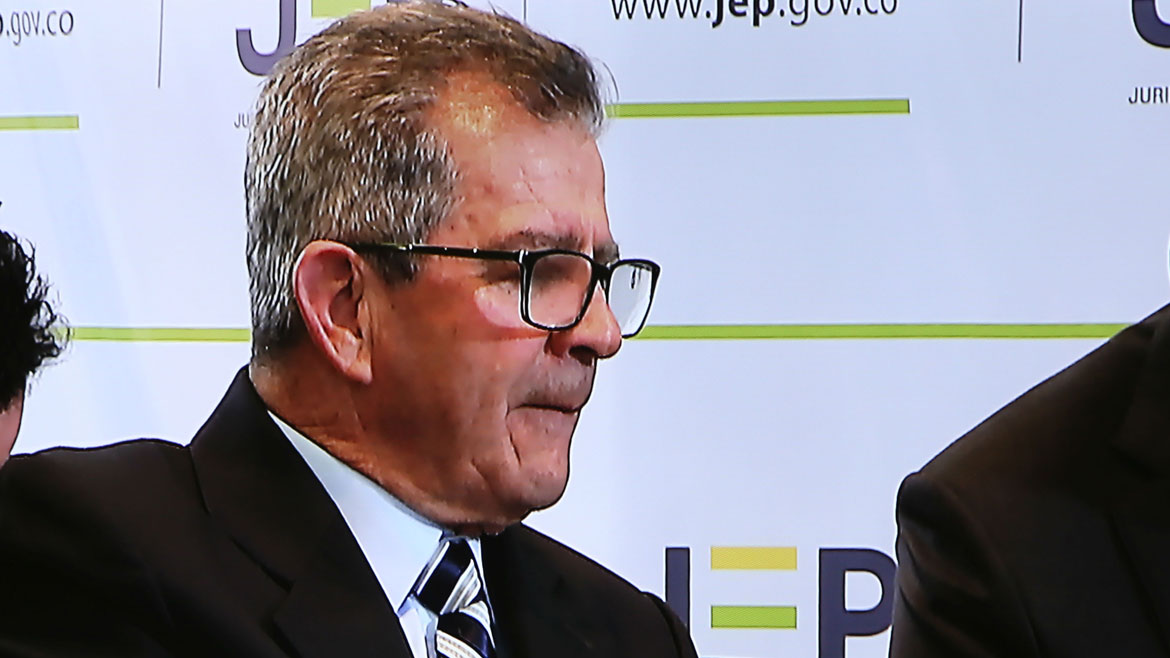 Colombia’s prosecution is set to indict the country’s former army chief on 104 murder charges on Wednesday before an ordinary court instead of the war crimes tribunal.

The decision is controversial as only the Special Jurisdiction for Peace (JEP) is allowed to try alleged war criminals as part of a 2016 peace deal with now-defunct guerrilla group FARC.

The prosecution wants to indict retired General Mario Montoya before the Bogota Superior Tribunal, however.

The JEP has been investigating General Mario Montoya since 2018 for the retired army general’s alleged role in the mass execution of civilians who were reported as combat kills.

According to the war crimes tribunal, the security forces’ reported at least 6,400 of these “false positives” between 2002 and 2008 when the practice caused a scandal.

Montoya allegedly was one of the main promotors of the war crimes committed by the army practice and is the highest ranking official to be indicted for the “false positives.”

The JEP ordered the Prosecutor General’s Office to proceed with ongoing criminal investigations, but banned calling war crime suspects who submitted to the war crimes tribunal to court.

The Constitutional Court, however, never explicitly defined at which point prosecutors are supposed to surrender the results of concluded criminal investigations to the JEP.

The Bogota Superior Tribunal — where Montoya will be indicted — can’t legally try the former army chief, however.

Montoya’s attorney already said that he would challenge the indictment before the Constitutional Court.

This high court is likely to end the judicial insecurity and define how the prosecution must proceed after concluding the investigation of war crimes, according to judicial experts.

The controversial former general has categorically denied any responsibility for the mass killing of civilians.