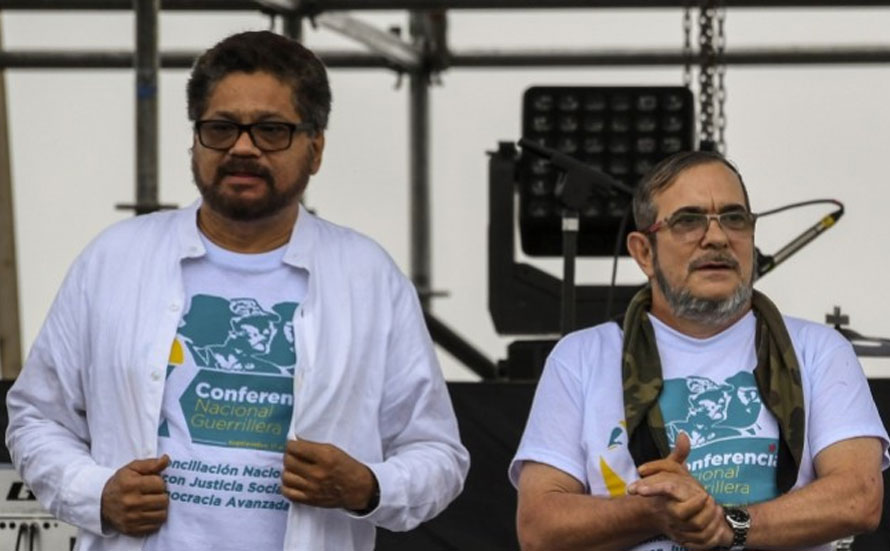 Colombia’s Marxist FARC rebel group will continue its fight for social justice under a peace deal with the government, its top commander said on Saturday at the opening of the group’s final congress as an armed group.

Representatives from the Revolutionary Armed Forces of Colombia (FARC) are expected to ratify the recently agreed accord at its tenth congress this week, the first ever open to the media.

Standing before hundreds of fighters in southern Colombia, rebel commander Rodrigo Londoño, who uses the nom de guerre Timochenko, said the FARC wants to spread its message as an unarmed political party and transform the Andean nation after five decades of war.

“Our greatest aspiration is to reach many more with our message until the torrent for transformation is overwhelming,” Timochenko told a crowd of fighters gathered on the rural Yari Plains, about five hours from the nearest town.

“In this war, there are neither victors nor vanquished,” he said, wearing a T-shirt bearing the image of FARC founder Manuel Marulanda. “The greatest satisfaction will always be to have won peace.”

The congress, which in the past was secret and used to decide battle strategy, may offer insight into the FARC’s political agenda. The schedule for the event mirrors the peace talks agenda, including land reform and environmental issues.

After almost four years of talks, the FARC and government last month reached a final peace accord that will be signed by Timochenko and President Juan Manuel Santos on September 26. Colombians will have the last word during a plebiscite on October 2.

“We’re going to vote for peace,” said Jhon Guerrero, a 24-year-old delegate from a rebel unit in Choco, along the Pacific coast. “What’s been agreed in the deal is a solution to Colombia’s problems.”

“We are all ready to contribute,” he said, as he stood unarmed but in full uniform among other fighters.

While the FARC may find an electoral foothold among poverty-stricken farmers and committed leftists, many Colombians are wary ex-fighters will join crime gangs or smaller rebel group the National Liberation Army.

Santos, who has staked his legacy on peace, has launched a campaign to convince Colombians to back the accords but he faces fierce opposition from powerful sectors of the country who believe the only solution is to finish the FARC militarily.

Many are angered that the FARC leadership will not serve jail time, and are worried they will seek to convert the traditionally conservative nation with its Marxist ideals.