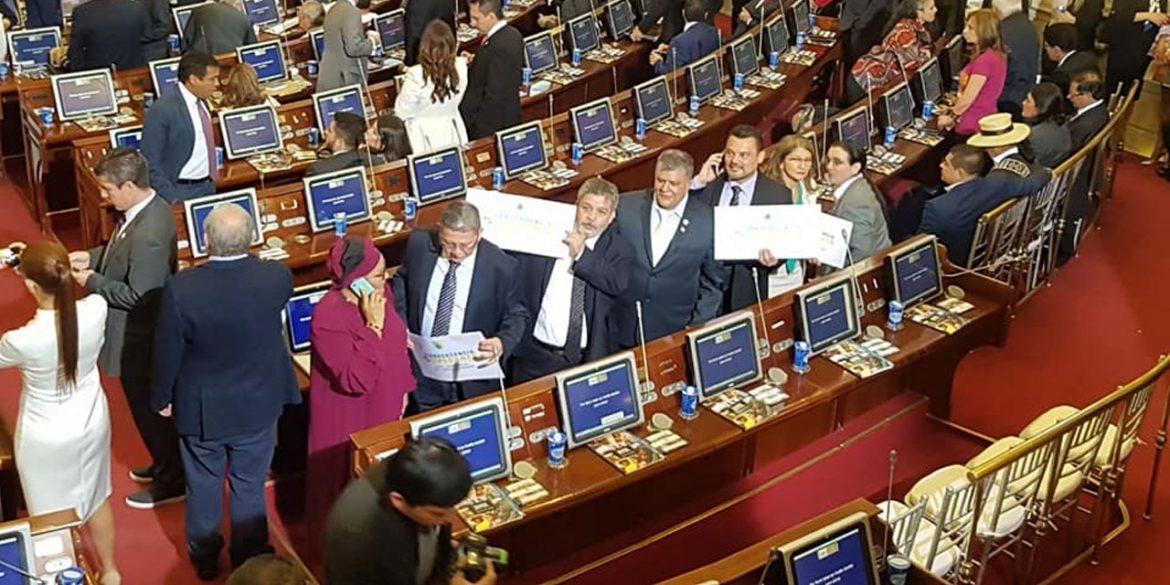 The leadership of Colombia’s largest former guerrilla group on Sunday called for exiled members to return to what is now a political party.

Since the Marxist-inspired rebels signed a historic peace agreement with the government in 2016, thousands of former combatants have left its ranks and refused to engage in an ongoing peace process.

The leadership however is now calling on those who abandoned the process to return and comply with the provisions made in the accord.

“We invite those who, because of different arguments have withdrawn from their ranks, to return and strengthen the struggle for full compliance with what was agreed in Havana,” said the document published on FARC’s official Twitter page.

In a thinly veiled reference to the high profile members who have disappeared in recent weeks, FARC have made it clear that these members cannot expect the full backing of their party while in exile.

FARC made it clear that it is a “a party in which nobody can act outside the guidelines of their national management. Whoever departs from these criteria can not expect the unconditional support of the party.”

In recent weeks, the group’s political leader, Luciano Marin, a.k.a. “Ivan Marquez,” and two of the group’s most feared former guerrilla commanders, Hernan Dario Velasqueza, a.k.a. “El Paisa” and “Romana,” have left their reintegration camps without a trace and have yet to reappear.

Throughout the implementation of the peace deal that brought an end to over half a century of conflict, the FARC has faced opposition from within its own ranks with several dissident groups emerging.

FARC reaffirmed its opposition to Duque and his government, labeling them to be “of a neoliberal nature, in which delaying forces entrench themselves with the goal of preventing any attempt at reconciliation or benefit for the popular classes “.

Colombia’s peace process has been marred by violence, government corruption and political resistance ever since before it began in December 2016.

Unlike the president, FARC leaders like Rodrigo Londoño and the group’s representatives in Congress have reaffirmed their commitment to the peace process, but chances of a resurgence of the FARC and a further escalation of far-right violence are now larger than ever before.