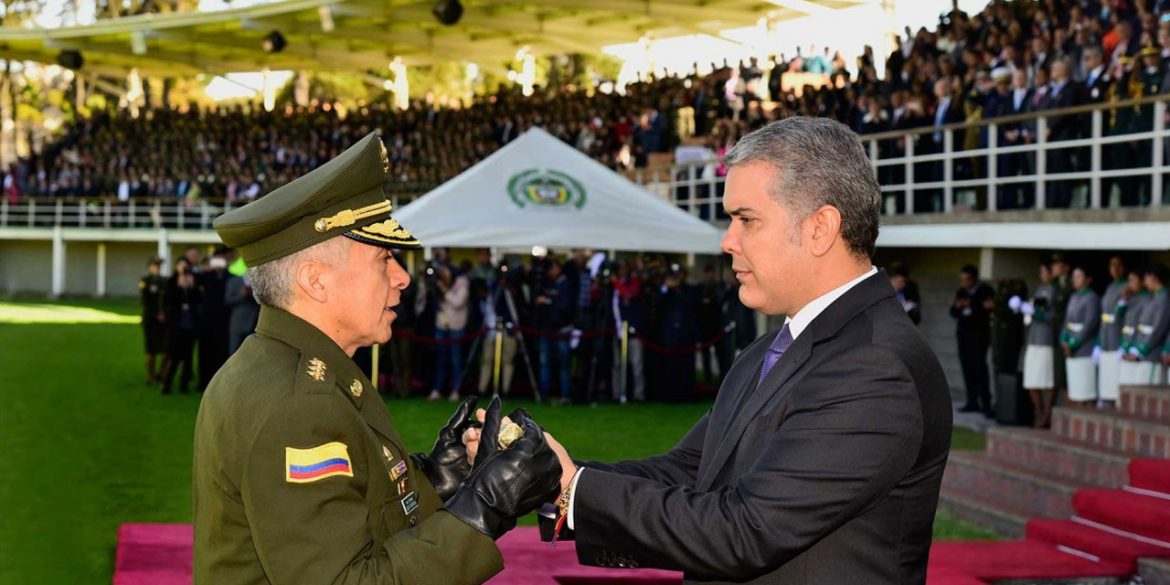 Colombia’s embattled police chief said Wednesday that a demand by student leaders to dismantle the controversial anti-riot police unit ESMAD is the same as that of guerrilla group ELN.

The director of the National Police, General Oscar Atehortua, made the controversial comparison in an interview with radio station La FM days after the Medical Examiner’s Office deemed that an ESMAD officer murdered a student protester.

I have known since 2015, with literal texts from the ELN’s Central Command to the masses, that they are calling for the dismantling of the ESMAD.

Atehortua also claimed that guerrilla groups paid people up to $1,700 (COP6 million) a day to take part in violence for which the police is investigated. This would be five times as much a the president, who earns $9,300 (COP32.5 million) a month.

The claims made by the National Police chief are the latest attempt to stigmatize the largely peaceful anti-government protests that began two weeks ago.

The general’s position has become virtually untenable after the violent repression of the protests and alleged terror plots in Cali and Bogota backfired.

The students have been demanding the dismantling of the anti-riot police unit since anti-corruption protests in October were brutally repressed and ended in riots and ESMAD officers were apprehended for vandalizing an office of student loan institute Icetex.

The anti-riot police unit, which is not authorized to use lethal force, is notorious for its almost chronic disregard for human rights and is accused of having killed at least 34 people in 20 years.

The dismantling of the ESMAD is one of the top priorities of the students, labor unions and indigenous groups who are leading talks with the government to end the strikes and associated anti-government protests.