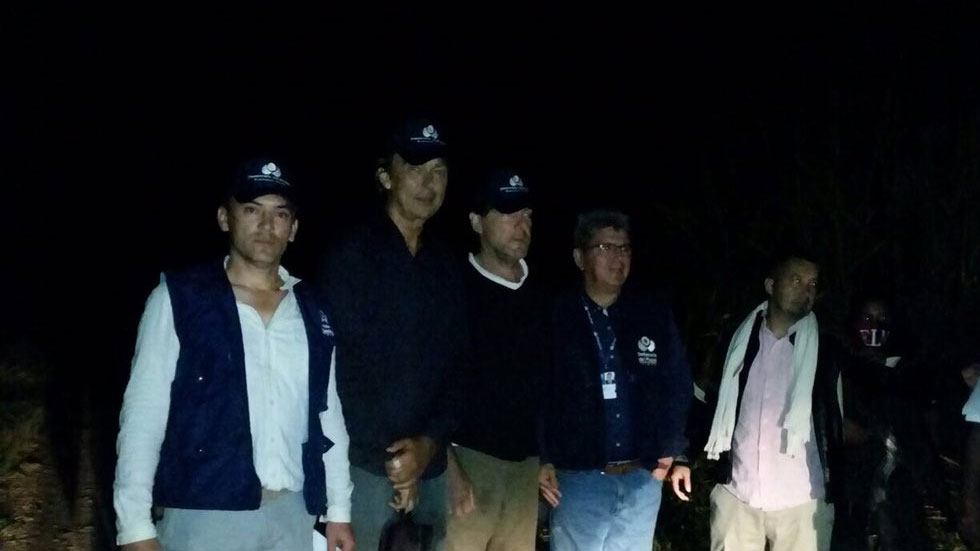 Colombia’s last-standing rebel group, the ELN, has released two Dutch journalists who had been held captive for almost a week, Dutch and Colombian authorities confirmed Saturday.

The release had earlier been falsely reported by the country’s second largest television network, RCN, and guerrilla radio station Ranpal.

The guerrilla radio station subsequently retracted its previous claim and apologized, contrary to the TV network that maintained its false claim on its website.

However, around midnight local time, the country’s ombudsman’s office released images of the two journalists both in the presence of guerrillas and of Ombudsman’s Office officials. 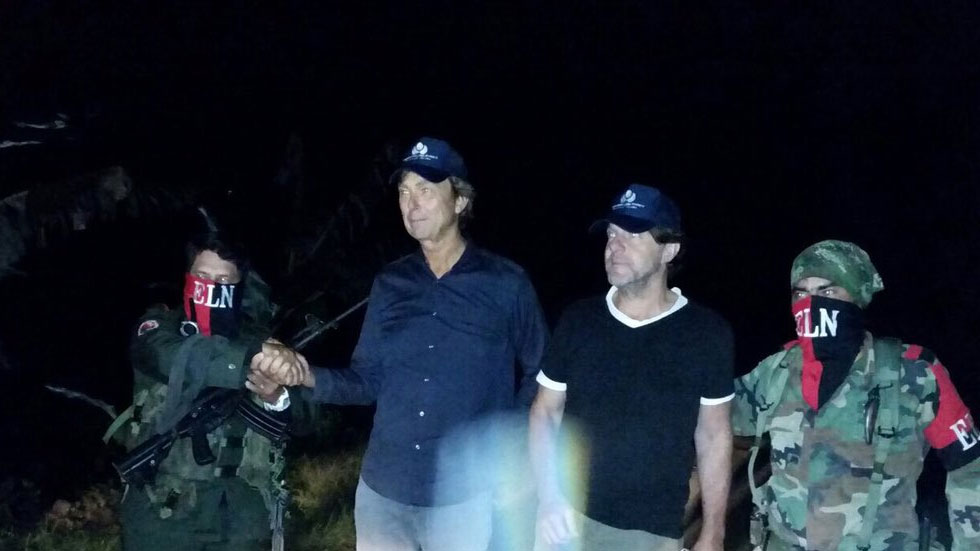 The held TV host Derk Bolt and Eugenio Follender work for a Dutch television program called “Spoorloos” that is dedicated to finding the Colombian birth parents of adopted Dutch citizens.

The two disappeared Saturday last week in the municipality of El Tarra while on their way to Tibu, both located in what is considered ELN heartland.

The ELN claimed responsibility for the taking hostage of the journalist after verifying it was not one of the other groups active in the lawless Catatumbo region, and vowed to release them.

The group is currently holding peace talks with the government, but has so far refused to give up kidnapping and justified the holding of journalists as a “preventive measure.”