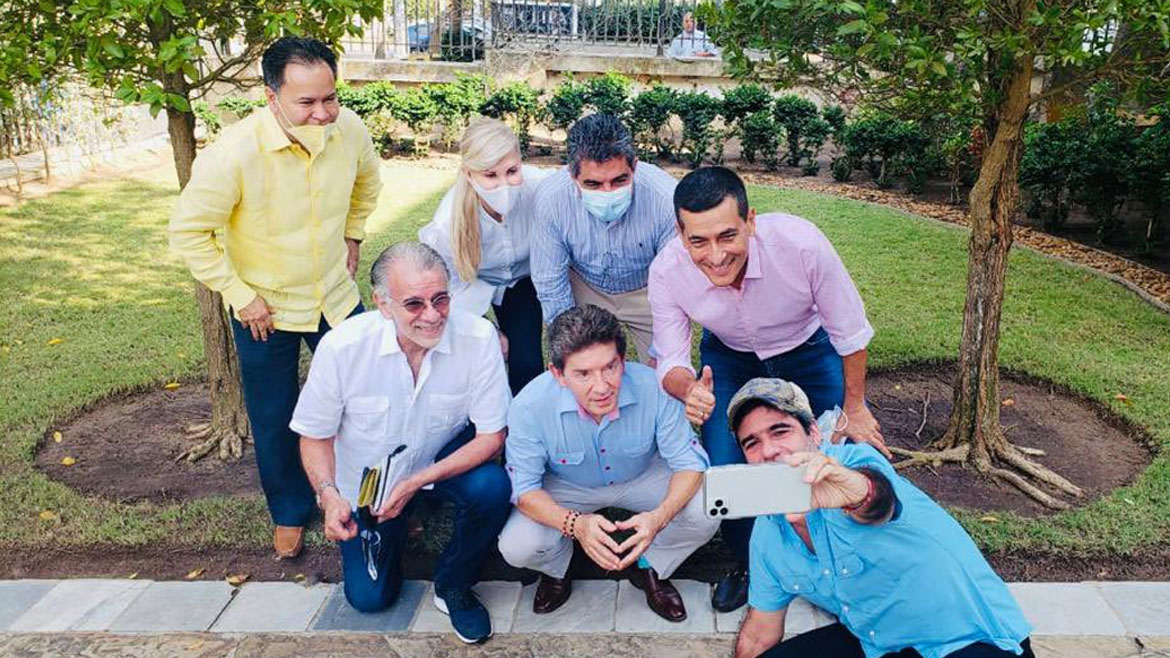 Some of Colombia’s most powerful electoral barons have formed a coalition that seeks to confront progressive candidates in the 2022 elections.

The coalition of the former governors and mayors is the result of lobbying of former Barranquilla Mayor Alejandro Char, who wants to become president next year.

The notoriously corrupt Char Clan received the support from six other political clans that jointly seek to become “a voice from the regions.”

The clans are close to the Conservative Party, the Liberal Party, the U Party and Radical Change, but are not formally endorsed by their parties.

The coalition said Friday that it sought to be working on a joint political agenda that sought to support Colombia’s ongoing peace process and a decentralization of power.

Char talked about a possible coalition with former Bogota Mayor Enrique Peñalosa and former Medellin Mayor Federico Gutierrez earlier this month, but left them out of the coalition that was announced on Friday.

The center-right alliance bundles the forces of powerful electoral barons from some of Colombia’s biggest cities who have proven to be able to mobilize large numbers of voters in their native provinces.

This power would be strengthened if the coalition receives the informal support of the members’ political parties that have national networks that could be employed for campaigning.

The coalition is a force to be reckoned with by presidential hopefuls Gustavo Petro and Sergio Fajardo who have been forming coalitions with progressive political allies and social organizations.

The clans’ support was essential for Duque’s 2018 election victory and helped the president form a majority coalition in Congress.

Without exception, the members of the center-right coalition have been associated with corruption or organized crime, which could weaken their candidate’s chances next year.

Char’s brother Arturo, the current president of the Senate, is being investigated by the Supreme Court over his clan’s alleged election fraud in 2018, which could severely disrupt the coalition’s campaign.

Public opinion has increasingly turned against politicians associated with corruption, which boosted support for both Petro and Fajardo in 2018 and is likely to help the progressives in the 2022 campaign.