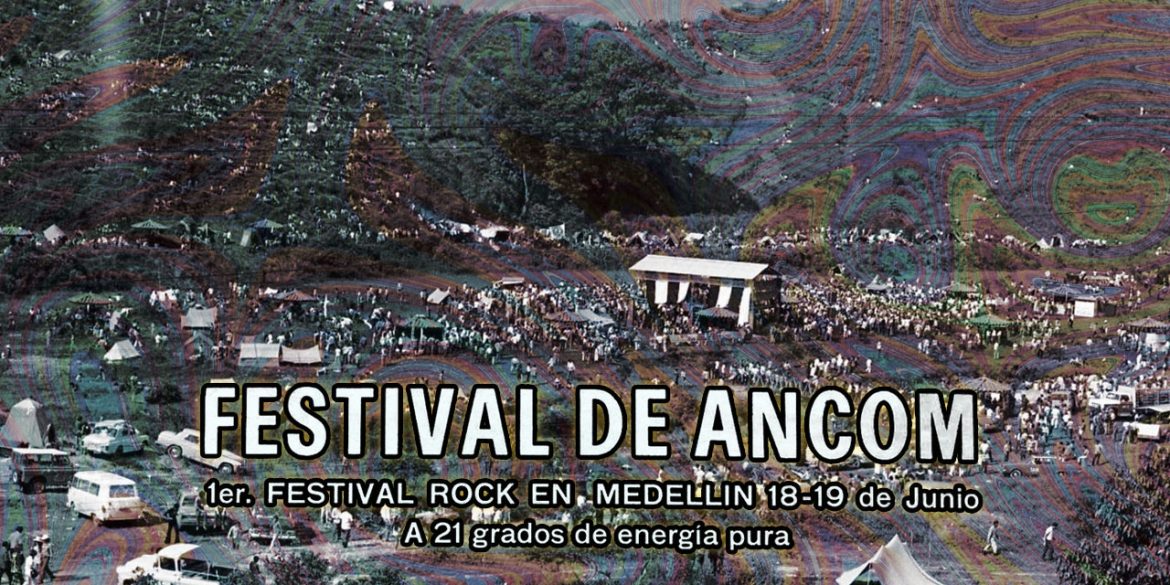 Colombia’s television and radio networks wouldn’t air a second of legendary US festival Woodstock in 1969, but that did not stop sex, drugs and rock n’ roll from entering the country and destroying traditional values.

A counterculture rejecting the South American country’s rigid cultural restrictions and religious repression had been growing in Medellin since June 20, 1958.

Sick of the extremely violent political polarization of the previous decade, a small number of misfits got out a roll of toilet paper in downtown Medellin and read out their “manifiesto nadaista,” or manifesto of nothing.

Despite repression and persecution, the nadaists’ rejection of everything political and mainstream grew like fungus to cities like Bogota and Cali throughout the early 1960s.

They were effectively “turning on and tuning out” young people from their country’s violent, class-based and oppressively conservative past.

Poets and rock bands had been popping from Colombia’s soil like marijuana and magic mushrooms for a decade, and when legendary counterculture figure Gonzalo Arango got wind of Woodstock, he reportedly declared that nadaismo had finally reached the United States.

Like in New York, Colombia’s rebels and misfits decided to set up a music festival that was going to trigger a revolution too, using the same means: free love, mind-expanding substances and speakers the size of small buildings.

It took almost two year, but on June 18, 1971, 200 thousand young people from all over Colombia descended on La Estrella, a village in the ultra-conservative Antioquia province for three days of sex, drugs, rock n’ roll and everything that would upset public morale.

American youth were rebelling against the Vietnam War. Colombia’s youth were taking on an internal conflict that had cost 200,000 lived during “La Violencia” and was morphing into the armed conflict the country is still trying to overcome today.

In New York, the hippies were massively expressing their support for the civil rights movement that had been gaining force in the decade preceding Woodstock, Colombia’s nadaistas didn’t even enjoy human rights and were terrorized by the Catholic Church.

What they did have was the Valle de Aburra where magic mushrooms grow naturally and conservative locals barely had a clue what was happening on the other side of the mountain. 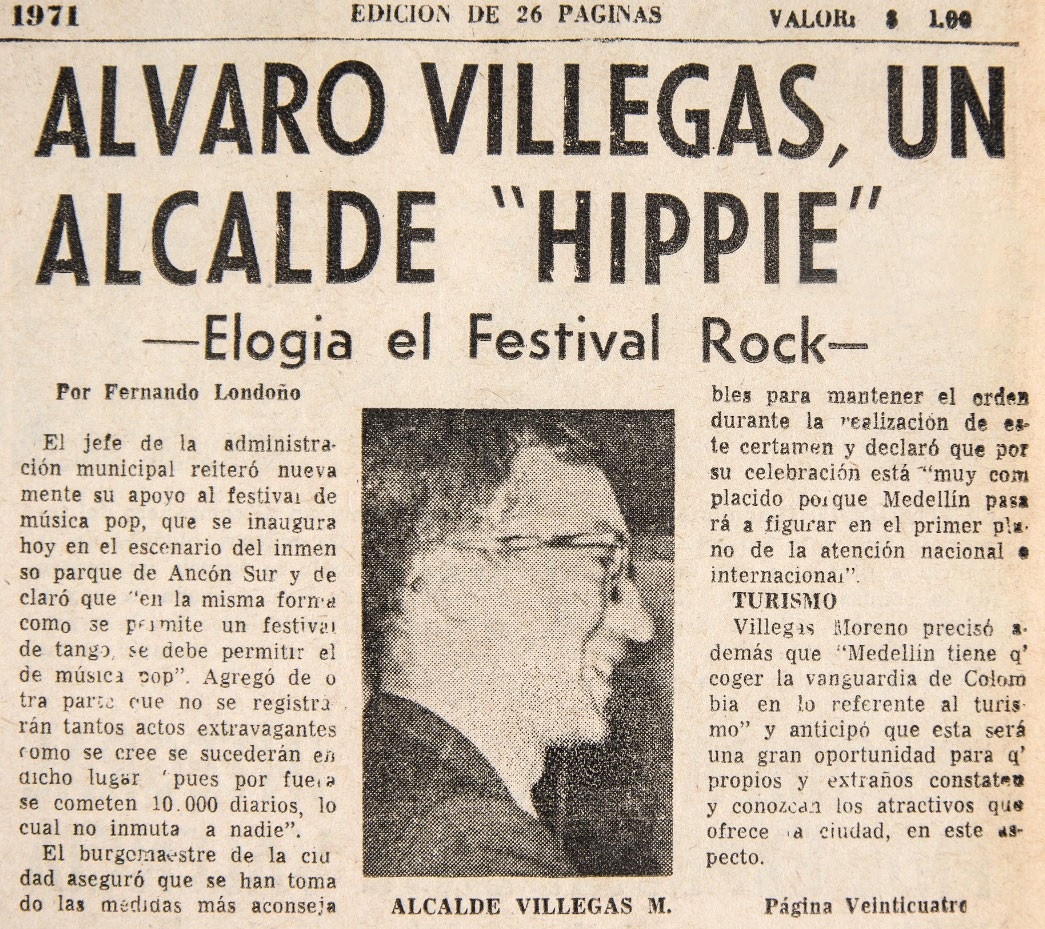 What they also enjoyed, curiously, was the support of Conservative Party Mayor Alvaro Villegas, who would later become the political patron of Alvaro Uribe. The mayor inaugurates the festival, innocently unaware of the “rude, wicked and perverse” behavior he was endorsing.

Far-right El Colombiano journalist Fernando Londoño, who would later become Uribe’s Interior Minister, dubbed Villegas a “hippie” mayor and would spend the rest of his life as one of Colombia’s most bitter men.

Having grown increasingly curious about the novelty happening outside their city, the “good Colombians” of Medellin began arriving with liquor, unaware that the only thing allowed on the festival was weed, mushrooms, nutmeg, angel’s trumpet seed and acid.

The last day the Medellin society came all elegant and with bottles of “guaro.” We told them that we didn’t drink, that everything was natural.

Confused about the rejection of alcohol and the drugged up behavior of the festival-goers, the “good Colombians” left.

The mayor authorized thousands of hippies to invade us with their overwhelming flood of rotten sludge to slap the face of the city with their dirty hands, to invite children to be rude, wicked, perverse and to incite youth to be brutalized in the world of free love and destructive and debilitating narcotics. The unusual conduct of the mayor deprives him of all moral and civic authority to continue governing the destinies of Medellin. The cultured, honorable and dignified city awaits his resignation. The last thing we need is what he did in the republic of the hippies, where he was welcomed by a wave of applause and crowned as the king of the delirious mob of lazy and degenerate people who speak with a muffled voice, look with eyes tired of marijuana and behave like filthy animals with mud and cursed grass.

They hippies may have gotten away with challenging public morale, but the mayor’s permissiveness was a mortal sin, and under pressure from El Colombiano, and the guardians of public morale and pedophiles, Villegas was forced to resign.