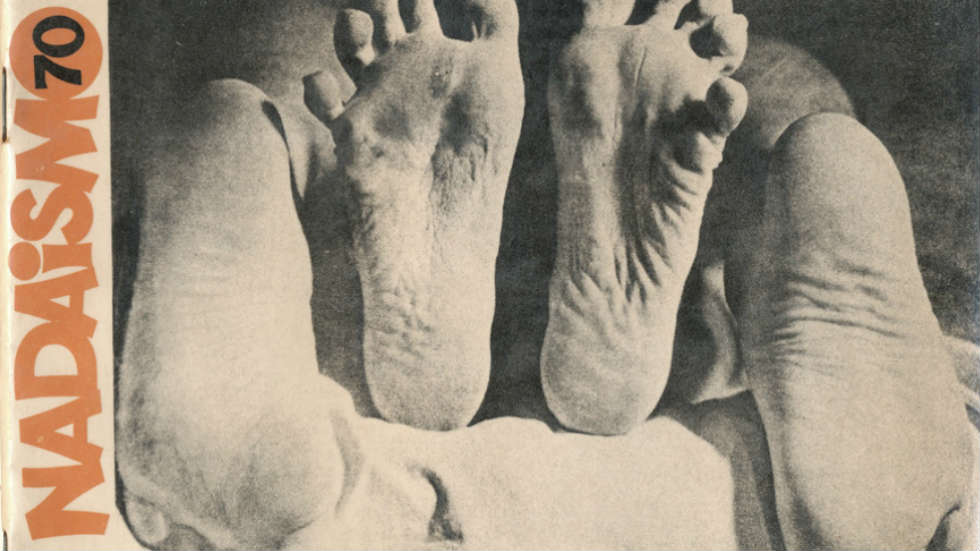 Colombia has seen multiple counterculture movements over the past decades, often appearing as part of a global zeitgeist. While 1950s American culture was challenged by the beat generation, nadaists took on Colombia’s “bourgeois society.”

If there is one defining moment in the emerging of nadaism, Colombia’s first real counterculture, it would be June 20, 1958 in downtown Medellin.

It was there and then that the nadaists announced to be in opposition to mainstream society that was still very much controlled by the Catholic Church and just lost 200,000 people after a decade of “La Violencia.” 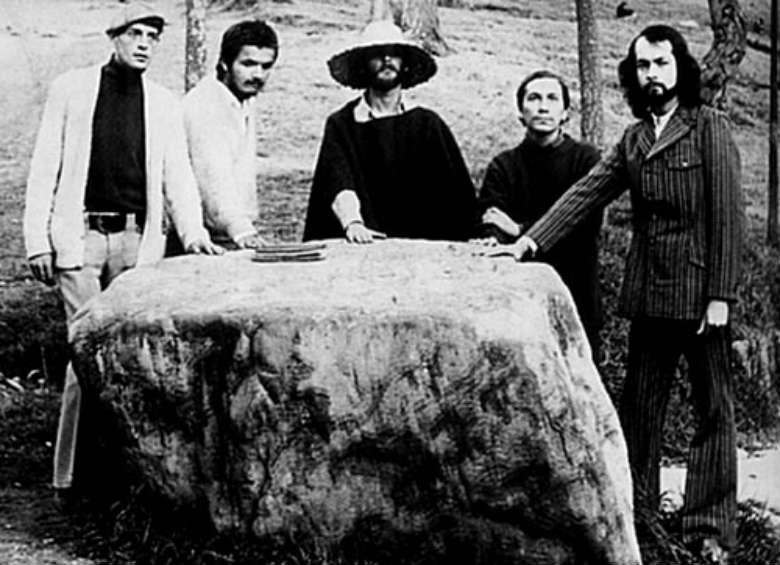 During the group’s “official” formation, now-legendary poet Gonzalo Arango read the Nadaist Manifesto from a roll of toilet paper.

At only yards from the city’s main cathedral, Arango introduced Colombia to a home-grown form of anti-establishment existentialism.

Through poetry, music and theater, the nadaists fiercely rejected mainstream Colombian morale that had driven the country into a civil war between liberals and conservatives, and was beginning to cause tensions with communists.

The nadaists simply discarded all contemporary culture and politics. They did not believe the political system or cultural establishment could be overthrown.

Their political and cultural activity consisted mainly of trying to offend public opinion and the cultural establishment. 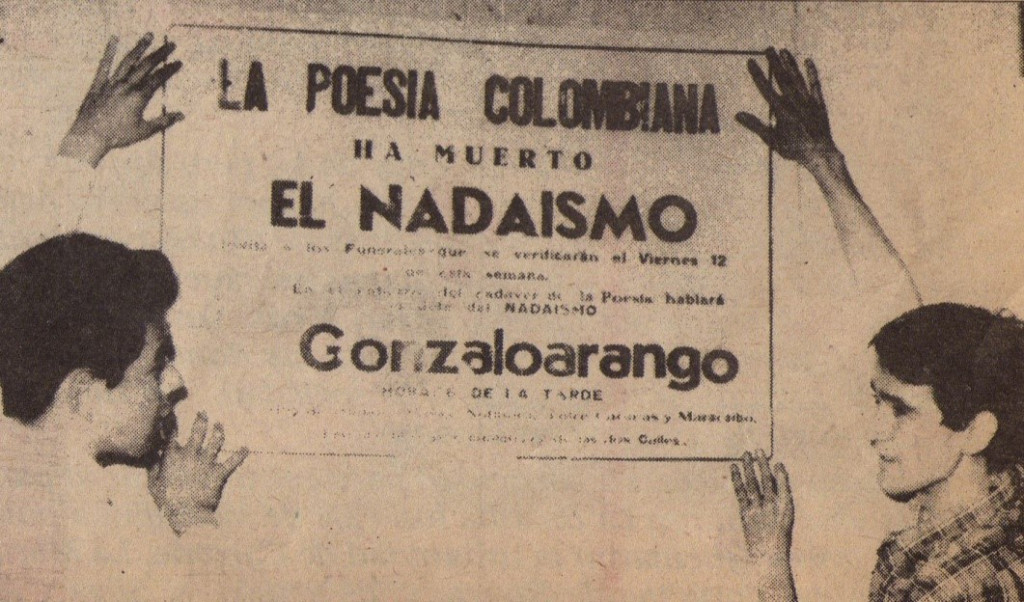 Nadaists offended public opinion, for example by announcing the funeral of Colombian poetry.

The initial nadaists grew up as middle class youth in Medellin when the city was not even a tenth of the size it is now.

With an expressed “taste for uproar,” Arango and his fellow-dropouts hung around the area around Parque Berrio and Carrera Junin in the Candelaria neighborhood.

Today mainly a shopping district, this area became a cultural melting port after La Violencia waned in the late 1950s.

Teatro Junin used to be the cultural center of Medellin. Latin America’s largest theater was torn down around 1970 to make place for the Coltejer skyscraper. 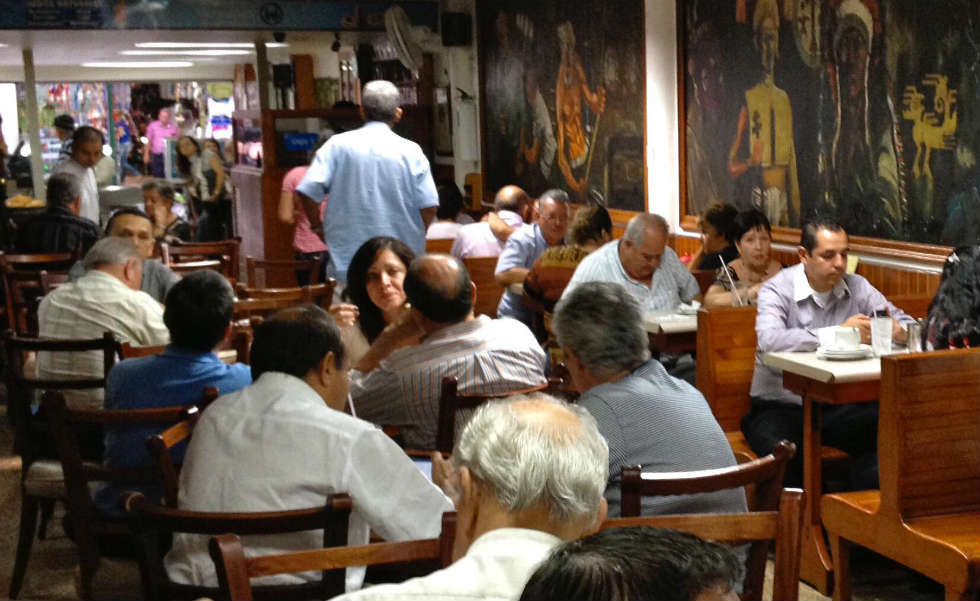 “Versalles,” now one of the best bakeries in Medellin, used to be a nadaist hangout.

Arango had been a journalist during some of the bloodiest years in Colombian history and was forced to spend a year in exile in Cali after mobs that supported the government of the National Front started looking for him in his hometown.

Gonzalo Arango, according to himself

High school graduate. Laureate philosopher. Deserter of the Foolish Fatherland and all hope. For the rest of his life, he’s been forgetting what he learned. Agitator. Ex-con of four prisons, currently on parole. Vagabond, parasite, poet or eternal something. Occasional bureaucrat and dismissed. Corrupter of youth. In love, married, failed, and a repeat offender. Adventurous, with no known trade. He lives off miracles and women. He sleeps in a monastery. He’s also a writer… He doesn’t do anything, but he exists.

While the country slipped into yet another armed conflict, the nadaists rejected all coherent political thought and were devoted to their bohemian lifestyle.

The movement died out after the death of Arango in 1970. Cracks had already begun appearing after the founder expressed his support for President Carlos Lleras, the grandfather of presidential candidate German Vargas.

Nadaists were expected to support nothing, and most certainly not mainstream politics.

Nadaist art and philosophy never became popular. True to form, the pioneers of the movement never seemed to care.

You can’t blame us for anything; we have not offered anything other than despair and poetry.

Nadaist poetry and philosophy slipped into oblivion, but its followers did not.

Many nadaists ultimately settled down to become prominent figures in Colombia’s modern history, both in art and politics.

Humberto de la Calle, the presidential candidate who negotiated peace with FARC guerrillas, was a nadaist when he was refused university for “subversion” in 1966.

Jaime Jaramillo became one of Colombia’s most important historians of the 20th century. Eduardo Escobar won the national journalism prize in 2000 for one of his columns in the country’s leading newspapers, El Tiempo.