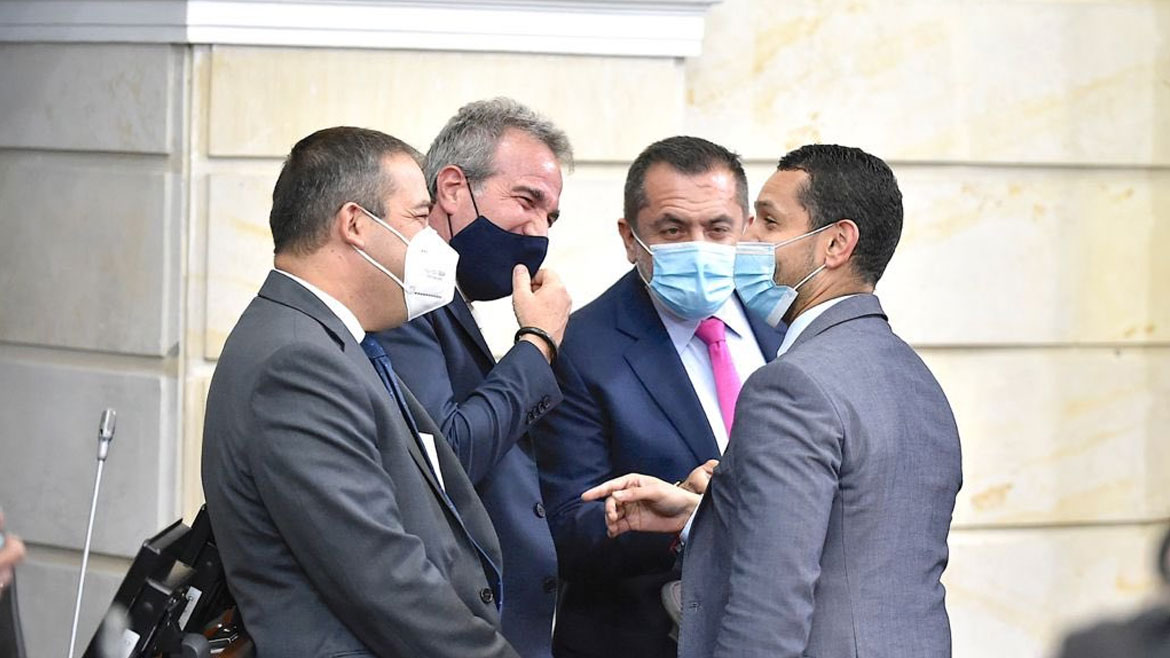 Colombia’s government coalition went in overdrive on Tuesday to approve a tax reform that triggered massive anti-government protests in April.

The vote was boycotted by the opposition, which claimed that amendments proposed by them were ignored and lawmakers didn’t have time to properly study or debate the bill.

A watered down reform

The reform will generate almost $4 billion (COP15.2 trillion) in taxes to help finance the 2022 government budget, according to Finance Minister Jose Manuel Restrepo.

The initial reform proposal sought $6.5 billion (COP25 trillion) in tax revenue, but was withdrawn by President Ivan Duque and spurred the resignation of former Finance Minister Alberto Carrasquilla in May amid the protests.

Restrepo presented the second draft in July and expressed hope the bill would make it through Congress before September, which is when lawmakers formally begin campaigning for the 2022 elections.

How to rush a bill through Congress

Lawmakers initially sought 180 amendments to the bill of which almost 80 were reportedly added to the government proposal ahead of Tuesday’s vote.

Senators and house representatives were called to Congress to vote on the tax reform between 4PM and 5PM and Monday, according to opposition lawmakers.

Sixteen hours later, both chambers began parallel debates and approved the bill in a vote that was boycotted by the opposition.

Because the Senate and the House approved two different versions of the tax reform, a reconciliation commission will vote on a final version on Thursday.

The specifics of the tax reform were not immediately known to the public because of the speed with which the bill was pushed through Congress.

The reform will take effect one the president signs off on the bill after which the Constitutional Court will study whether the bill and the way it was rushed through Congress are constitutional.

The latter is no formality as the high court in 2019 ruled that Congress violated the constitution in its rush to approve the government’s 2018 tax reform.