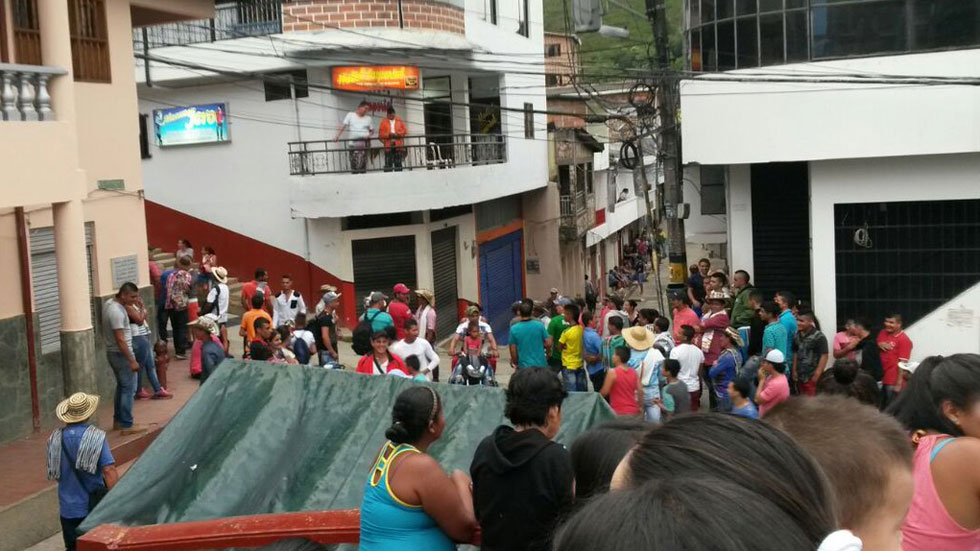 Colombia suspended a coca crop substitution pilot program after locals turned against the project, claiming the government failed to honor commitments made to coca-growing communities in a peace deal with Marxist FARC guerrillas.

According to Blu Radio, the national government ordered the suspension of crop eradication on Saturday after some 180 peasants occupied the urban center of Briceño, Antioquia, and shut down shops and public transport.

The rural town became the center of the government’s attention after it agreed with the FARC to carry out two pilot projects aimed at removing both landmines and coca fields.

Earlier this month, the locals claimed the government was not removing landmines in areas important for the local communities, but in areas eyed by regional energy giant EPM that is building a controversial hydro-electric dam in the nearby municipality of Ituango.

According to Noticias Uno, the coca farmers in Briceño revolted a day before eradication would begin, claiming the government has failed to comply with promises made that would allow the farmers to grow other crops than coca.

Neither Blu Radio not Noticias Uno reported which promises the government allegedly failed to keep.

In other parts of Colombia, coca farmers have complained the government never provided the substitute crops or the means to survive until this new produce has been harvested.

According to an anonymous peasant leader cited by Blu Radio, the farmers will resist any attempt to remove coca “until the defense minister comes.”

After intervention by the mayor, the farmers did agree to lift the economic shutdown.

The suspension of the pilot program is the last of a series of setbacks suffered by the peace process that has been marred by the national government’s inability to comply with the peace agreement signed with the FARC in November last year.

Almost four months after the FARC was supposed to begin demobilizing, the government has yet to finish the camps where this is supposed to happen, leaving the guerrillas in some cases without infrastructure as basic as bathrooms.

Additionally, the military has come under fierce criticism following the killing of at least 28 community leaders, the majority of whom by paramilitary groups or other illegal armed groups with an interest in taking over abandoned FARC rackets.

International human rights organizations have fiercely criticized the government and congress for trying to reduce the possibilities to prosecute superiors of more than 24,000 state officials accused or on trial for war crimes.

To make matters worse, the legislative branch has been slow in ratifying the legislation agreed in the peace deal, increasing chances that far-stretching political and rural reforms that sought to tackle the causes of the conflict will not be in place before the 180 transitional period during which Congress is allowed to “fast-track” peace-related legislation.

Meanwhile, the public security situation in much of the FARC’s former territories is delicate at best while the government is failing to rally public support for the peace process.