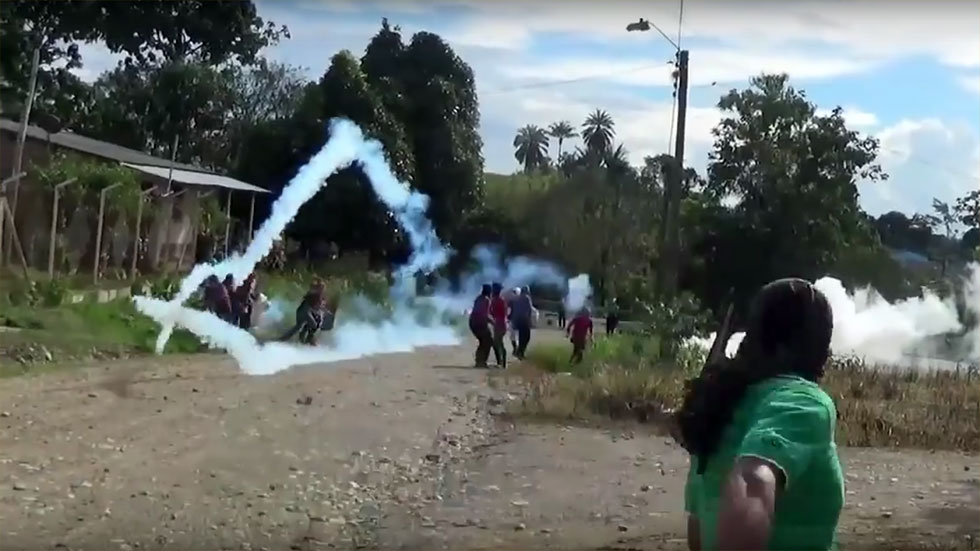 Coca growers in the south of Colombia have been on strike for almost a month, claiming the government is eradicating crops without providing substitute crops as promised.

The protests have been going on since late July in the southern Putumayo province, one of Colombia’s main coca cultivation regions.

The coca farmers are angry because the government has embarked on a major coca eradication mission, ignoring a promised crop substitution programs that would prevent the farmers from losing their livelihood.

According to newspaper El Espectador, the ESMAD killed one protester. The Agencia Prensa Rural (APR), an activist farmers website, reported that another 23 farmers were injured in police attacks and that three farmers had been arbitrarily detained, but were released after a judge ruled their arrest was unwarranted.

According to the APR, Putumayo Governor Sorrel Parisa Aroca and mayors from the troubled regions have met to discuss the withdrawal of the ESMAD in order to deescalate the situation and create conditions for talks. This was not confirmed by any of the alleged participants in the meeting.

Meanwhile, local leaders and human rights workers have been receiving death threats, according to APR, while protesters allegedly continue to be intimidated by police authorities and the military.

The protests in Putumayo and Nariño are not the only ones in Colombia as social unrest has arisen in many of the country’s most marginalized regions.

In Caqueta, also in the south, farmers are protesting ongoing fracking operations that would hurt the locals’ agricultural activities and water supply.

Inhabitants of the western province of Choco have been on strike for days to demand an end to chronic state neglect and corruption.