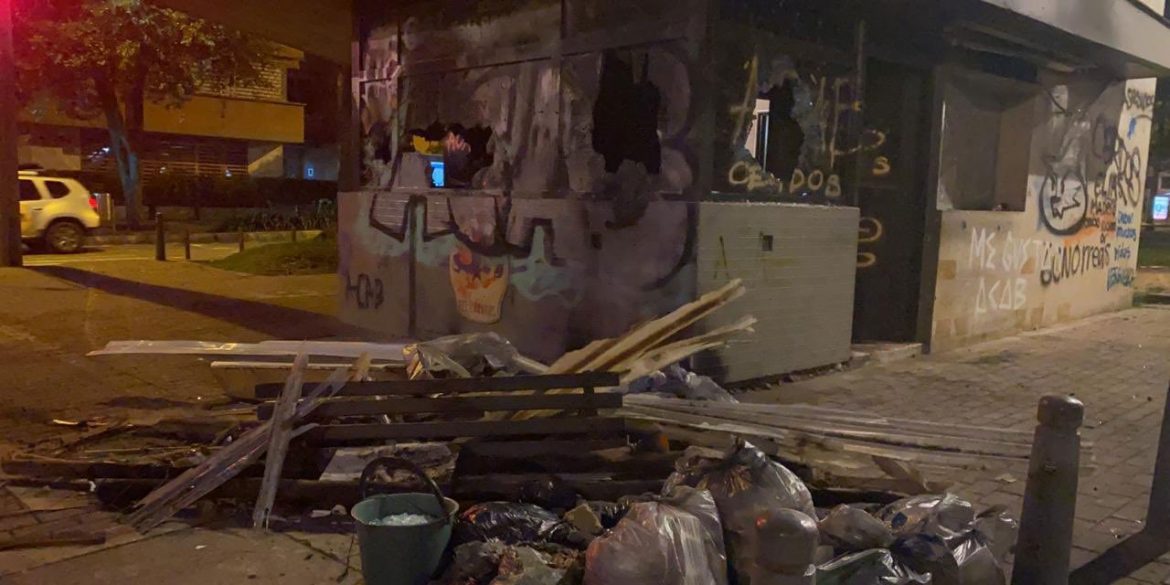 Protests against a police killing of an unarmed man turned violent in Colombia’s capital Bogota on Wednesday, leaving at least seven people dead and 80 arrested.

Peaceful protests organized against police brutality, and the murder of Javier Ordoñez in particular, were disrupted by hooded men who began attacking the police station where the latest victim of police brutality died in the evening.

Throughout Bogota and the neighboring Soacha, violent protesters clashed with he controversial anti-riot police in an eruption of violence that left five civilians dead.

The Defense Ministry said that 53 police stations and posts were attacked, of which 17 ended up incinerated, and that 300 members of the military and 1,600 policemen were sent to restore order in the capital, which woke up militarized.

Bogota mayor Claudia Lopez, a critic of President Ivan Duque, was visibly distraught after her promise for structural police reforms and calls for calm failed to prevent an eruption of deadly violence not seen in decades.

Today is a day that hurts no matter how you look at it. My condolences to family and friends of those who died or are injured. Destroying Bogota will not fix the Police. Destroying us will not fix anything. Let us concentrate on achieving justice and structural reform of the security forces.

Lopez and Defense Minister Carlos Holmes Trujillo met with security forces commanders in the evening to coordinate a response to the spontaneous outbreak of violence.

Trujillo told press the Prosecutor General’s Office would investigate both the violence and the deaths of the protesters.

We wil continue to work in coordination with the Prosecutor General’s Office so that the corresponding autopsies is known as soon as possible and progress is made in the investigations that lead to the clarification of the facts. This investigative task must lead to the individualization of the respective responsibilities.

President Ivan Duque made no public statements about the unexpected and extremely destructive outburst of violence in the capital.