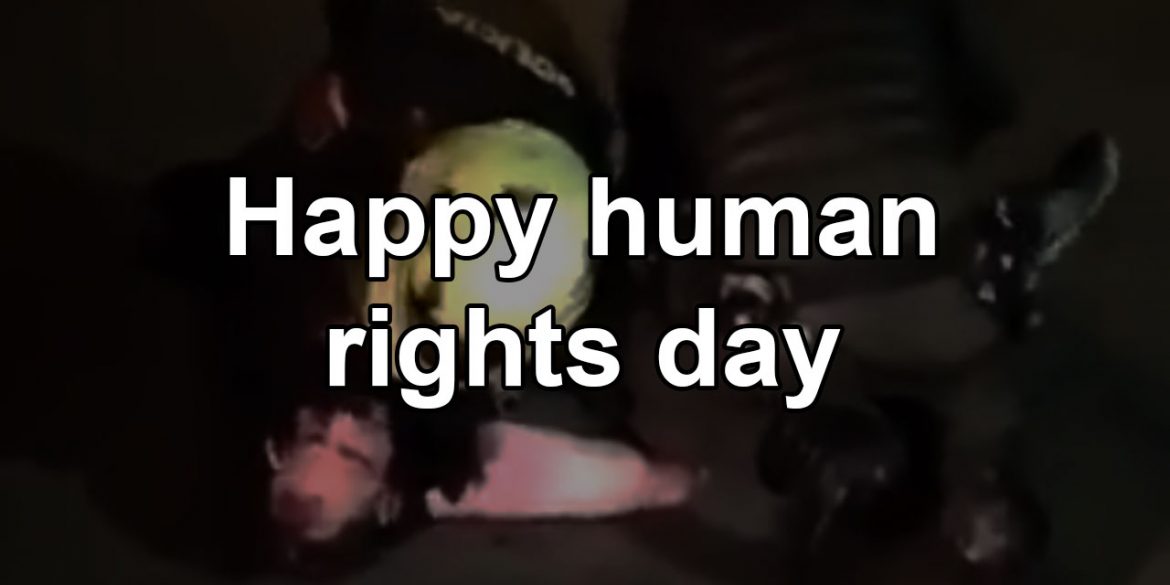 President Ivan Duque hadn’t even announced he would be commemorating Colombia’s human rights day on Wednesday when Bogota police set the tone with the brutal killing of an unarmed man.

By the time Colombia’s citizens woke up for, their “happy human rights day” consisted of a video of the two Bogota policemen murdering the 46-year-old Javier Ordoñez, an attorney and father of two, that had hit the headlines.

Acting Bogota police commander Colonel Alexander Amaya said the cops had been suspended and he had ordered an investigation into why the cops had murdered an unarmed civilian.

Bogota Mayor Claudia Lopez announced she would provide judicial assistance for the victim’s family and a “structural reform that prevent and punishes police brutality.

Duque remained quiet. His appearance at the annual commemoration of human rights was already controversial as the president announced he would attend the event with his human rights adviser Nancy Patricia Gutierrez, who — of all things — is facing a criminal investigation for using terrorism to get into Congress in 2006.

The increasingly authoritarian Duque was already under severe criticism for using extreme violence to crack down on anti-government protests in November last year, because the president reportedly considered citizens exercising their constitutional right an act of insurgency.

According to the president, he would meet with “will participate in a conversation with young people about human rights, in order to hear their perspectives and reflections.”

Press will not be allowed to attend the event due to “biosafety protocols,”coincidentally preventing the pesky journalists asking inconvenient questions about the list of human rights violations that has been growing under Duque.

Widespread police brutality, the mass killing of human rights defenders and the use of the military to spy on journalists nearly forced the United Nations’ Human Rights Office to abandon Bogota last year.