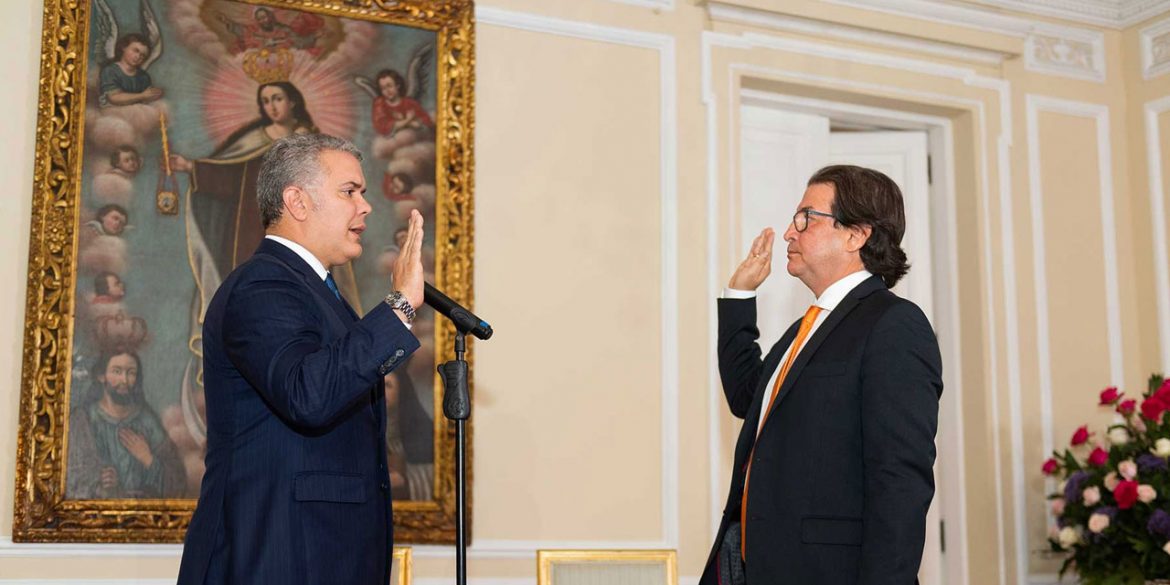 Colombia’s chief prosecutor asked the Supreme Court to investigate the role of the country’s agriculture minister in the alleged misappropriation of emergency coronavirus funds.

In a joint press conference with the inspector general and the comptroller general, chief prosecutor general Francisco Barbosa announced that Agriculture Minister Rodolfo Zea was among those suspected of corruption.

It wasn’t until the press conference that it became clear that these agencies were the National Planning Department, which apparently transferred emergency funds to ghost accounts, and agricultural support agency Finagro, which allegedly granted emergency credit to large firms instead of farmers.

Additionally, Barbosa said that there is one corruption suspect only the Supreme Court can investigate, “which is the minister of agriculture.”

The alleged corruption in the allocation and spending of emergency funds had already caused major indignation, but on Friday dropped a bomb right in the middle of President Ivan Duque’s government.

The investigation against the National Planning Department was never supposed to happen as Duque personally shielded government officials involved in alleged corruption from prosecution by decree.

While the Constitutional Court is studying the legality of this decree, Barbosa decided to ignore it and proceed with opening an investigation into the program that was supposed to send emergency stipends to the country’s poor.

The latest corruption investigation into the Duque administration adds to ongoing investigations into the president and his political patron, former President Alvaro Uribe, over their alleged role in a plot to rig the 2018 elections.

The corruption has severely reduced the government’s capacity to respond to the pandemic while the president is increasingly struggling to maintain control and legitimacy.