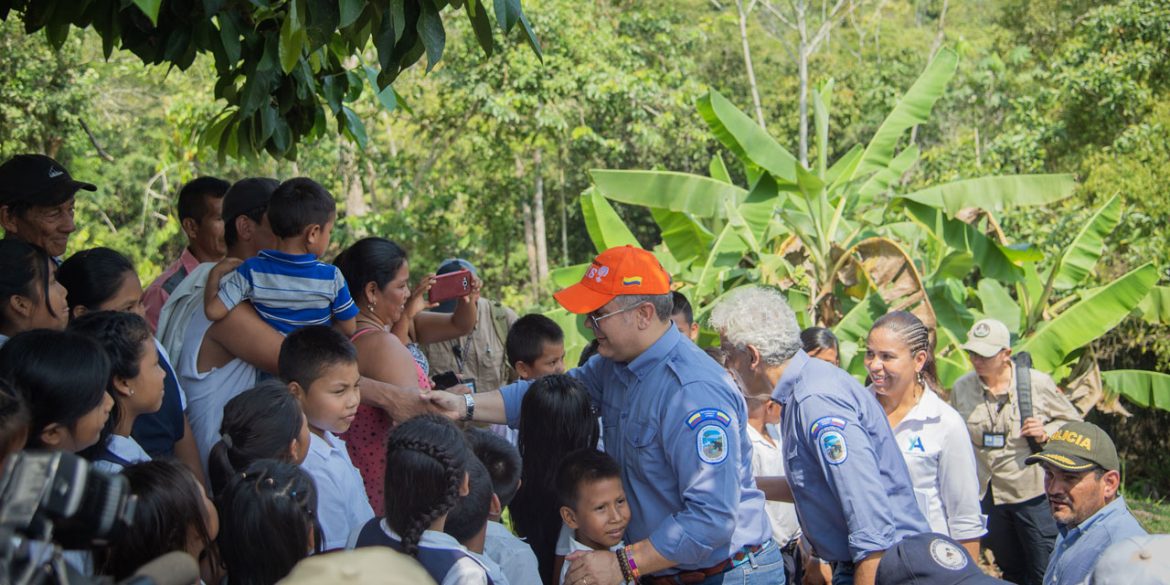 Colombia’s President Ivan Duque said Sunday that he will seek support from the United Nations for an international pact to preserve the Amazon rainforest.

Duque wants the countries that lie in the Amazon region to come to a “conservation pact” that can count in the support of the international community, the president said.

“We want to be a leader among the countries that have Amazonian territory,” Duque said while visiting a native American community in the southern Amazonas province.

Duque proposed a pact with Brazil, Bolivia, Ecuador, Guyana, French Guyana, Peru, Suriname and Venezuela, and vowed to disclose specifics of his proposed pact later this week when he meets with his Peruvian counterpart Martin Vizcarra.

We do not currently have a situation of fires like the one in Brazil, but we must also prevent and this visit is to generate an alert.

Whatever the pact will contain, the president said that he wants to take it to the United Nations Assembly to secure international support.

Duque said he called his Brazilian counterpart Jair Bolzonaro  on Saturday and Sebastian Piñera of Chile on Sunday and said “we all want to back Brazil.”

If we do not want these events to occur in our country, today, more than ever, we must be clear about the protection of our rainforest, which is more than 45 percent of the national territory.

While not on a scale as massive as in Brazil, Colombia’s Amazonian rainforest is also suffering deforestation, primarily in March and April when dry season allows ranchers, coca growers and miners to colonize the remote region.