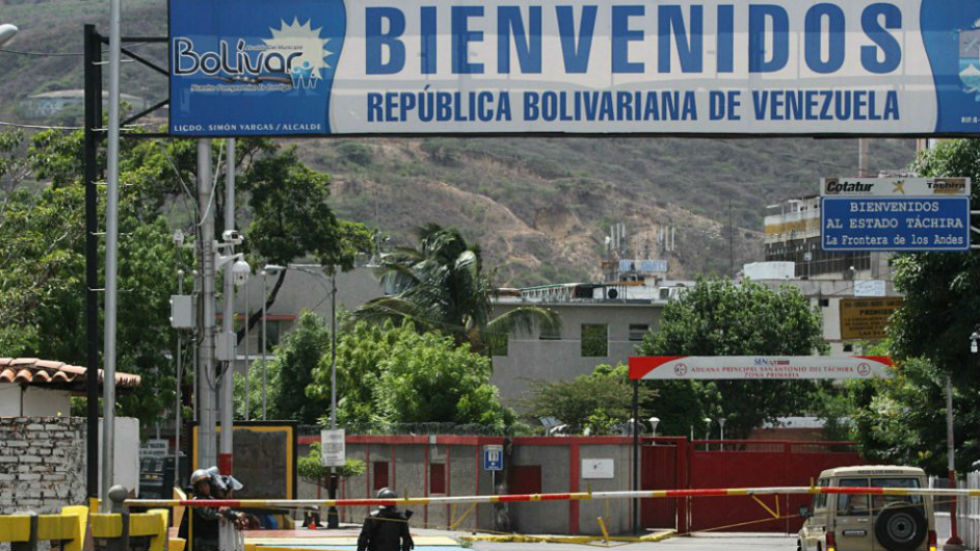 Colombia sent a letter of protest to Venezuela on Monday following an alleged incursion by members of Venezuela’s National Guard, increasing the tension on an already strained relationship.

The official complaint from the Foreign Ministry was delivered to the Venezuelan embassy in Bogota following denouncements of alleged Venezuelan aggression on Colombian soil by governors in the provinces of La Guajira and Arauca on Sunday.

The unfolding crisis in Venezuela has led to heightened diplomatic tension between the two neighbors and this latest incident makes the future of their relationship all the more delicate.

The alleged infraction occurred on Saturday when locals reported that uniformed Venezuelan troops crossed the border in the La Guajira province and set upon a group of indigenous people.

On Monday the governors of two Colombian provinces along the border with Venezuela condemned the actions of members of Venezuela’s National Guard who they claimed attacked and stole from the locals.

The leaders of Arauca and La Guajira affirmed that the Venezuelan guard has been perpetrating actions with special weapons and grenades that have frightened the Colombian population living on the border, also confirming that they reported the theft of money and cell phones in Colombia.

In the case of La Guajira, governor Weildler Guerra affirmed that on Saturday, about 20 Venezuelan guards arrived on 10 motor cycles to a rural area in the municipality of Maicao where they “stripped various citizens of Paraguachon of money and cellphones.”

The governor of Arauca for his part affirmed that there were three consecutive days during which uniformed troops from neighboring Venezuela fired shots over the Arauca river, which divides the two countries.

“Their actions have caused anxiety and, within the normal calm that we must keep, it is a concern for a community that depends to a great extent on this good relationship that must exist between Venezuela and Colombia. We reject what is being presented: special grenades and permanent shots, “said Ricardo Alvarado to media.

The neighboring government in Venezuela has denied the claims made by the mayors of the bordering Colombian provinces.

“I want to reject all regional and local declarations that have originated from Colombia denouncing the passage of military units of the National Guard, specifically there in the Paraguachon village,” Venezuelan Defense Minister Vladimir Padrino told a state television channel.

The official was quoted by the state news agency AVN saying that the statements of the governor of La Guajira “are part of a strategy of provocation to generate a conflict.”

As the social and economic crisis continues to unfold in Venezuela, the relationship between Colombia and its neighbor continues to suffer.

The administration of President Juan Manuel Santos has long gone out of its way to avoid and evade tensions with Colombia’s increasingly unstable neighbor, but withdrew its ambassador on March 31, the day TeleSUR claimed Colombian soldiers gathered near the countries’ main border crossing in the border city of Cucuta.

Since then, Colombia joined a coalition of 11 Latin American countries who all called on Venezuela to seek effective ways to deescalate political violence, while offering to mediate and seek a negotiated end to the violence in the troubled state.

Earlier this month in an interview with television network Caracol, the Colombian President said that “it hurts me a lot what is happening in Venezuela. They are installing a dictatorship, ending democracy.”

As the diplomatic exchanges to and fro, further incidents along the border are likely to escalate what has become a very precarious political situation.