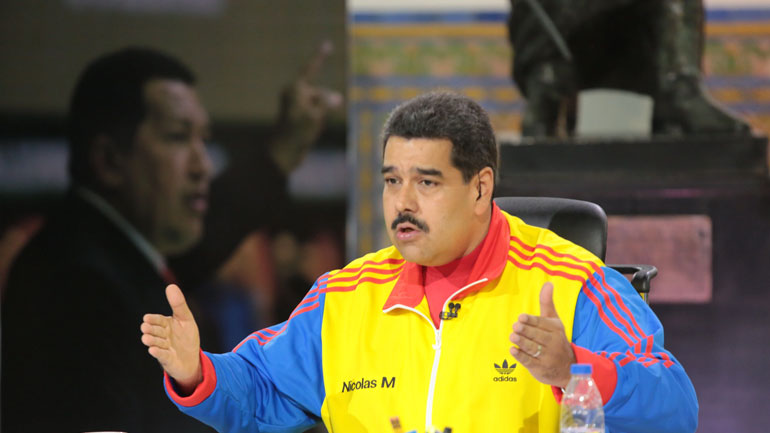 Venezuelan President Nicolas Maduro announced that the 1,400-mile border shared with Colombia could remain closed for another six months.

In a televised announcement Maduro said “Until we can ensure a healthy and free economy without contraband products, without paramilitaries, without attack[s] on the currency, and [until we can] guarantee this bilaterally, the border will remain under the [same] restrictions it has today.”

The Venezuelan head of state closed the main border crossing on August 19, claiming that contraband smugglers were undermining Venezuela’s troubled economy and that Colombian paramilitary groups were out to destabilize the neighboring country’s political system.

Additionally, Venezuela state forces deported more than 1,000 Colombians within days, spurring the spontaneous displacement of another 20,000, which caused a major humanitarian crisis on the Colombian side of the border and strained ties between the two brother nations.

Maduro met his Colombian counterpart Juan Manuel Santos on Monday in Quito after which the two countries announced the return of their ambassadors and the creation of commissions to improve the situation at the border.

In this “intense, tense and fruitful” meeting, however, Maduro refused to re-open the border.

The exact duration of the border closure depends on negotiations between the two countries’ foreign ministers according to Maduro.

A major focus for Venezuelan foreign minister Delcy Rodríguez will be paramilitarism. “It is very well known that Venezuela has presented the grave situation Colombian paramiliartism, drug trafficking and contraband causes for Venezuela”, the minister said from Trinidad and Tobago.

In what has become an escalating diplomatic and humanitarian crisis, President Maduro also announced a state of emergency in the final department that borders Colombia, Amazonias. This brings a total closure of the border between the two countries.

On August 19, Maduro closed the border crossing between Colombia’s Cúcuta and Venezuela’s San Cristobal for 72 hours after three soldiers were wounded during a firefight with contraband smugglers. The original state of emergency and border closure was promptly extended to include 7 Venezuelan departments and a 60-day closure.

In the weeks following the closure over 1,500 Colombians have been deported along with 18,377 people who have left out of fear of persecution according to the UN. While the majority resided illegally in Venezuela, some of these migrants had refugee status after fleeing their home country’s 51-year-long armed conflict.

Left without their possessions and in a under resourced corner of the country, fleeing Colombians are faced with mounting hardships along the Eastern Colombian border.

On August 27 as thousands of refugees fled across the border to Colombia, both countries recalled their ambassadors from the neighboring countries. After communication was broken, President Santos and Foreign Minister Holguín started petitioning international support.

While the UN called on both countries to settle the crisis diplomatically, Holguín petitioned for an emergency meeting with the Organization of American States on August 31. Other options included the UNASUR and the Inter-American Commission on Human Rights both of which have been called for by Colombian and Venezuelan opposition leaders.

For communities in the border region, the effects of the closure have been mounting. In the northernmost department of Colombia, La Guajira, transport carriers have blocked major roads and highways to call attention to how the border crisis is affecting their region. The area receives almost all of their gas from Venezuela according to El Tiempo.

On Wednesday morning, six of the major crossings were the scene of protesters demanding an end to the shortage of gas and high import taxes for everyday goods. The department is also going through one of the worst droughts in recent history adding extra pressure to secure goods like water and food, much of which is imported from Venezuela.