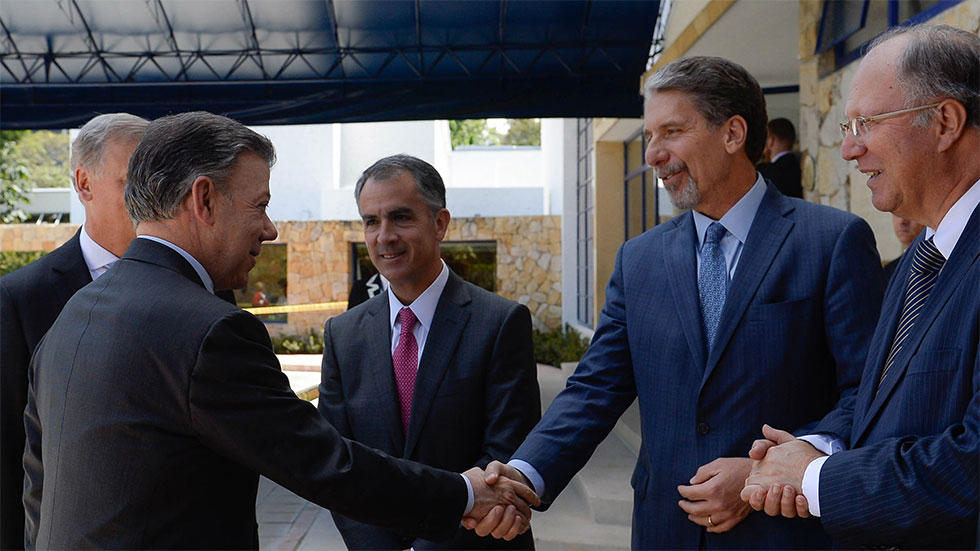 Colombia President Juan Manuel Santos on Thursday asked American businesses with interests in Colombia to lobby against a cut in economic aid as proposed by US President Donald Trump.

Speaking before the Council of American Businesses (CEA) in Bogota, the president asked the American businessmen to convince US congress not to cut economic aid to Colombia while it is trying to end more than half a century of war.

In spite former US President Barack Obama’s promise the US would increase aid to support peace-building efforts, Trump proposed to cut economic aid with more than 20%.

Trump wants to cut US economic aid to Colombia by more than 20%: report

At the same time, Santos’ predecessor, former President Alvaro Uribe, has independently been lobbying in the United States in an attempt to reduce support for the peace process.

The former president, accused of numerous war crimes and human rights violations, even sent a letter to “the authorities and the Congress of the United States” in which he claimed peace in Colombia would effectively harm US interests in the region.

“The favor I want to ask you is that you talk to your Washington headquarters… tell them what is happening in Colombia and tell the truth,” Santos told the American business association.

You are the ones who are most able to contradict those claims that seek to create a bad image of Colombia within the United States’ political establishment in an attempt to truncate US support for Colombia.

The president was evidently concerned about the proposed aid cut and Uribe’s attempts to frustrate diplomatic efforts to get the Trump administration behind the peace process and keep the American promise the country would financially support peace building efforts.

It’s sad to see that some, for political reasons, try to damage our image, more than anything with our most important ally, which the United States is.

Colombia’s peace process began on December 1 and seeks to end 52 years of war between Marxist FARC guerrillas and the state. Additionally, the process seeks to end ongoing ties between corrupt elements within the country’s political, economic and military establishment with paramilitary death squads.

One of these elements is the Uribe family. The former president’s father had friendly ties to slain drug lord Pablo Escobar, Uribe’s brother is in jail on charges he formed his own death squad and the former president’s cousin was sentenced to seven years in prison for using paramilitaries to coerce voters to elect him into the Senate.

The former president himself was commander in chief between 2002 and 2010 when the US-backed military assassinated more than 4,000 civilians in an attempt to present military successes that never happened.