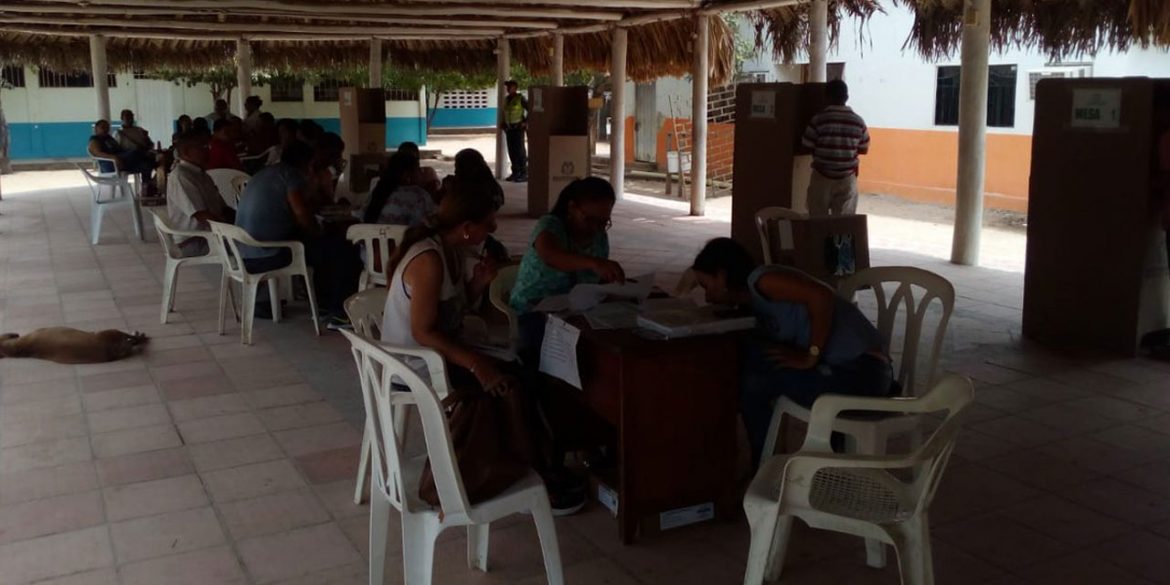 Colombia, the country that voted against a peace process, fails to vote against corruption

A referendum that sought to curb rampant corruption in Colombia’s congress failed on a knife’s edge on Sunday after voters failed to turn out.

Of Colombia’s 36.4 million voters, less than 12 million cast votes, leaving the referendum 500 thousand votes short for it to be declared valid.

The citizens who did vote, overwhelmingly approved the seven anti-corruption measures. More than 99 percent of the voters who did turn up approved the measures.

Colombia’s rampant corruption is one of the most common grievances in the South American country, yet it failed to mobilize enough voters to address the problem that is bleeding the national treasury.

According to the country’s Inspector General some 10 percent of the national budget gets lost through corruption every year.

The referendum was promoted by anti-corruption advocates mainly from the center and the left, but met with conservative opposition and countered by major disinformation campaigns.

Uribe, a former Medellín Cartel associate and the leader of Duque’s Democratic Center party, led the push to quash voter turnout in what has been heralded as the “dirtiest campaign in history.”

“I do not vote in the Deceitful Referendum,” Uribe tweeted Saturday morning.

Multiple of the former president’s closest aides are in prison on corruption or human rights violation charges, yet he claimed  that “I have watched out for the transparency and austerity of state resources throughout my public career.”

Two of Uribe’s former ministers are in prison for bribing Congress in 2004 to amend the constitution that allowed Uribe to run for a second presidential term in 2006.

The former president is set to appear before the Supreme Court next week to respond to witness tampering accusations related to his involvement in the formation of paramilitary death squads in the 1990s.

Unlike in other votes, local governments failed to facilitate a high turn-out. The city of Medellin, for example, historically allows free public transport on voting days, but did not during this voting round.

Inspector General Fernando Carrillo just days before the referendum warned national, department and local governments that they must promote voter participation, despite the push to quash turnout.

Carrillo specifically pointed to the National Registry, but said that it was all governmental bodies jobs “to guarantee that citizens have the necessary information in order to effectively grant their right to freely decide on the different options proposed in the referendum.”

National Registrar Juan Carlos Galindo was also criticized during legislative and presidential elections earlier this year about rampant corruption and failures in the voting processes.

Colombians were asked to vote on seven different parts which include implementing term limits for members of Congress, increasing transparency within the federal government and slashing politician salaries.

If little more than 12 million voters had turned out to polls and more than half of them approved the measures, Congress would have been legally bound to convert each proposal into law.

But as polls opened at 8AM on Sunday and votes began rolling in, it soon became clear that the referendum would be yet another anti-corruption effort would fall flat.

Over the past four years, advocates have tried eight times to get an anti-corruption vote on the table, but have failed each time.