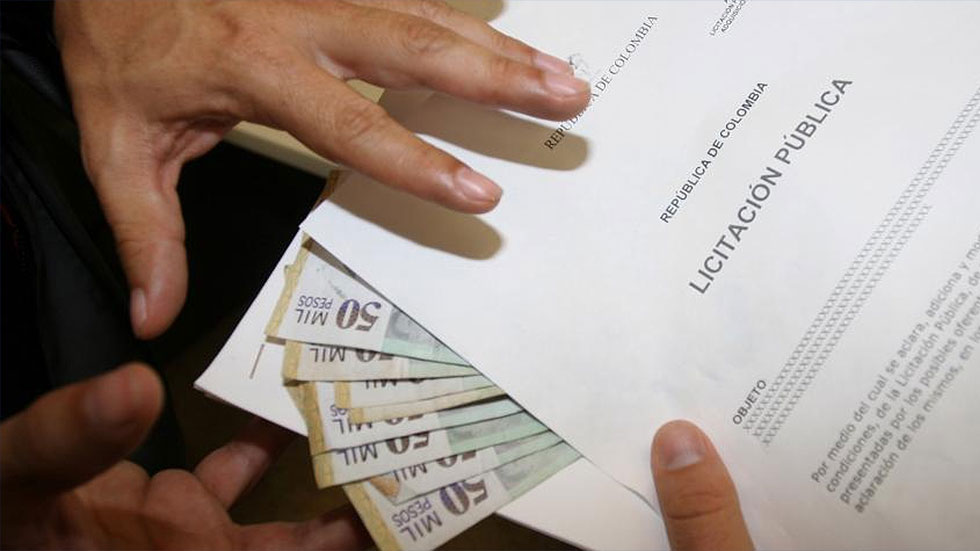 This means that this costs every Colombian citizen approximately $165, three quarters of a monthly minimum wage, every year.

As if that isn’t bad enough, a recent Gallup poll showed that 85% of urban Colombians said that corruption has only become worse over the past year, in spite President Juan Manuel Santos’ “war on corruption” declared after he took office in 2010.

The main offenders, the Inspector General’s Office report said, are lower officials demanding bribes in exchange for favors, although corruption has led to scandals involving public officials as high as constitutional court judges and government ministers.

Another common modus operandi of government officials is receiving kickbacks, which according to the Inspector General’s report can reach 25% of the value of a concession.

If it wasn’t for the country’s rampant state corruption, “we could build the country we dream of, construct 1.8 million free homes every year, provide education … and improve the quality of health care,” Pablo Bustos or the Citizens’ Oversight Network told Caracol.

Colombia’s tremendous corruption cost, combined with rampant tax evasion and dropping oil prices blew a hole in the country’s 2017 budget, forcing the government to raise taxes with which it seeks to generate an annual $2.4 billion, one third of what is lost in corruption.