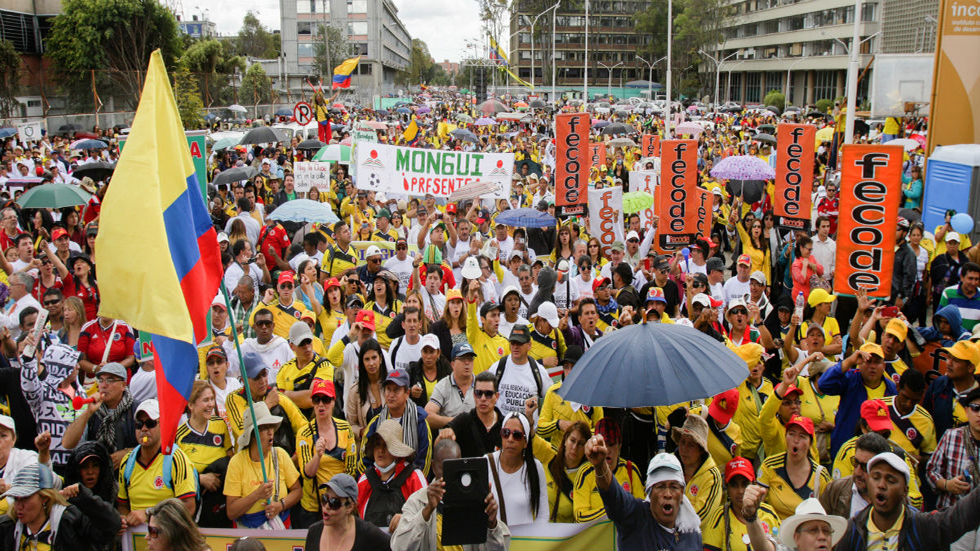 More than 8-million Colombian students have been out of the classroom since May 12 when public school teachers across the country went on strike to demand better wages and increased education investment.

While the country’s largest teachers union Fecode confirmed on its Twitter account that it would be resuming negotiations with the Santos administration on Monday during a national holiday, it called on the government to present “better proposals.”

The strikes began when the government and the teachers failed to reach an agreement during negotiations which began in the first week of March.

In addition to higher salaries and bonuses, the teachers union demanded more investment in education infrastructure, an improvement in the quality of school meals, and recognition of previous agreements, among other demands.

The Minister of Education Yaneth Giha called the teachers’ decision to strike “unjustified,” while Fecode President Carlos Rivas said “it doesn’t seem logical that there isn’t funding available for education when there’s money for corruption.”

Speaking to the teachers strike earlier this month, President Santos said, “we can’t give [the teachers] what they want because we don’t have the resources.”

Due to rampant tax evasion and a fall in commodity prices, Colombia’s government has struggled to balance its 2017 budget.

The teachers strike is the third in the past four years, and the fourth since Santos took office in 2010.

Colombia ranks poorly from a global standpoint when it comes to educational outcomes. According to an OECD report analyzing education funding in 32 countries, Colombia ranked second to last with just $3,300 per student. 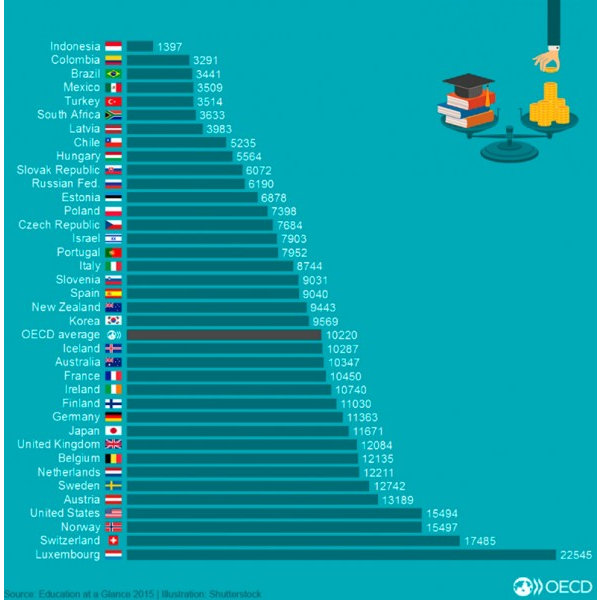 As such, 73.8% of Colombian high school graduates perform poorly in math, 51.4% fail to reach a proficient reading and writing level and 56.2% are insufficient in science.

Overall, 43% of Colombian students failed to learn reach a proficient level of education compared to post-high school youth in other countries.