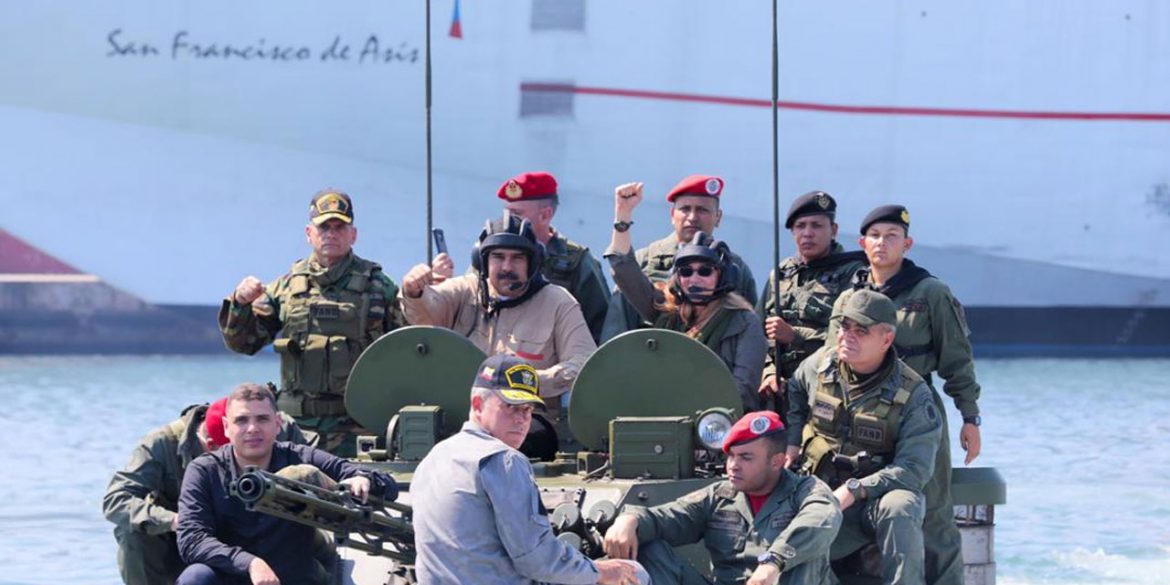 Colombia’s vice-president said Tuesday that her country has the capacity and allies to defend national security after Venezuela’s armed forces began military exercises near the border.

According to French news agency AFP, Venezuelan President Nicolas Maduro began sending 150,000 troops to the border at the start of military exercises on Tuesday.

Maduro issued an orange alert and ordered the military exercises last week after President Ivan Duque accused his “dictatorship” of actively supporting the call to rearm of the former political chief of now-disarmed guerrilla group FARC.

On Monday, Foreign Minister Carlos Holmes Trujillo said that President Ivan Duque will present evidence that Maduro is harboring “terrorists” when he addresses the UN General Assembly later this month.

Vice President Marta Lucia told press on Tuesday that “we know that what they want to do is provoke Colombia,” added that her government will not respond to the alleged military muscle flexing.

Colombia will never be an aggressor country, and if we were to be attacked… well, we know that we would have not only our defense capacity, but also the reaction of our allies in the international community.

According newspaper El Tiempo, the instruction of the Duque administration was to be on alert, but avoid responding to provocations that could further escalate the situation.

The Colombian military would not send extra troops to the border, according to the Bogota daily, which said that authorities in border city of Cucuta claimed not have have notices any military training operations in Venezuela.

“We have no information of any abnormality,” Cucuta Security Secretary Mauricio Franco told El Tiempo.

The escalations of tensions is the latest of many between the two countries that have had a bit of a thorny relationship for decades, particularly after late Venezuelan President Hugo Chavez took office in 1999 and his former Colombian counterpart Alvaro Uribe in 2002.

After Uribe left office in 2010, former President Juan Manuel Santos was able to soothe relations with the neighbors until after Chavez died in 2013 and Maduro assumed power.