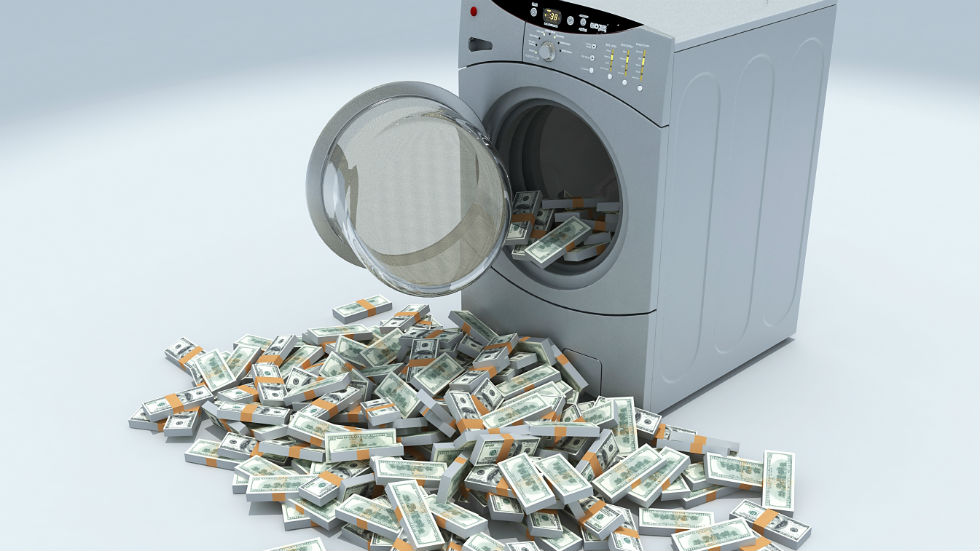 A two-year operation resulted in the capture of almost $88 million worth of goods without supporting documentation last week in the San Victorini neighborhood of the capital Bogota.

The seizure is reported to be a major blow against illegal business and affects 20 companies, 17 of which were in the names of Chinese citizens, exposing a suspected practice by large drug cartels of laundering money through the Far East.

These elaborate laundering networks reportedly have Colombian partners established in major Chinese cities such as Bejing and Guangzhou for more than a decade, who are charged with the task of filling containers with merchandise for export.

After about 40 days of travel by sea, the containers are then declared in Colombia for less than 50 times their value before flooding the streets of the Andean country.

A $5 million dollar Colombian cocaine shipment can buy merchandise such as textiles and footwear of the same value in China, less the transportation costs. The merchandise can later be altered to distort their origin, thus avoiding entry taxes.

For example, the alterations may see containers of merchandise appear to come from the port of Los Angeles in order to benefit from a free trade agreement with the United States.

According to El Tiempo, Colonel William Valero, director of the Fiscal and Customs Police, confirmed that ICE has been investigating a number of exporting firms based in Los Angeles who are suspected to be facilitating the Sinaloa cartel bosses to pay for their cocaine transactions.

When the merchandise arrives in Colombia, it is sold well below market value with the sole purpose being to legalize the money with the funds going to the drug suppliers to buy more shipments of cocaine.

For instance, 14 million pairs of shoes whose value did not exceed $2 on paper enter Colombia annually with the same pairs being sold on market stalls in the nation’s capital for in excess of $33.

Colombian authorities have managed to dismantle 34 gangs in recent years who were washing money using Chinese contraband, according to figures from the DIAN and Prosecutor General’s office.

This latest investigation has found that organized crime syndicates are deliberately placing Chinese citizens in Colombia to appear as legitimate owners of businesses.

Since last year, more than 40 have been reported as displaying inconsistencies in their paperwork and are suspected of being involved in counterfeit operations.

While last week’s discovery represents a significant step in the battle against money laundering by organised crime in Colombia, the trend is not a new one.

In March of this year, a raid by the Fiscal and Customs Police, the criminal investigations unit SIJIN and  Colombia’s tax agency (DIAN) found items such as medicines, fabrics, clothing, footwear and toys without proper documentation across 500 commercial premises and 100 merchandise in the San Victorino area of the capital, reported El Espectador.

The items owed their origins to China, Ecuador and Venezuela, according to Colonel William Valero, director of the Customs Prosecution Police

According to a U.S. Justice Department indictment unsealed in September of this year, three Colombians based in Guangzhou, China, led a global money-laundering network that moved over $5 billion for Spanish and Mexican drug cartels, reported Fox News.

In this case they processed illegal profits through bank accounts in Hong Kong and China and cleaned the money by buying merchandise, often counterfeit, which they shipped and sold in Colombia and elsewhere, according to the indictment.

Such trade-based money laundering is a growing concern to both Colombian and U.S. authorities with China becoming a key hub for the washing of ill-gotten money, a reality that was explained by former undercover agent Robert Mazur, who infiltrated Pablo Escobar‘s Medellin Cartel in the 1980s to The Edge Malaysia Weekly.

“If I were [working undercover posing as] a money launderer again today, working with the drug cartels, I would be taking my business to China. There are several reasons. One is that there are large free trade zones in China, which are a mecca for the laundering of illicit funds because they oftentimes deal with cash,” said Mazur.

“Another reason I think traffickers are interested in China is that the goods they buy there are counterfeit. They then flood the Latin American market with these counterfeit goods, selling them for much more than they are really worth,” he added.

With last Thursday’s discovery of a false wall leading to a four-story cellar full of shoes and clothes, it became clear that authorities need to begin a major clamp-down.

In fact, a 126% rise in smuggling between 2015 and 2016, which directly affects 12,000 jobs due to unfair competition highlights the extent of the problem.

According to Bruce Mac Master, president of  the National Association of Colombian Businesses (ANDI), “it is estimated that about 7.15% of the textile products consumed in the country are smuggled.”

The Sinaloa Cartel has had ties with Colombian drug traffickers since the 1990s. The Mexican criminal organization is currently alleged to be working with the Gaitanista Self-Defense Forces of Colombia, the country’s largest illegal armed group.

Led by Dairo Antonio Usuga, a.k.a. “Otoniel,” this network controls the majority of drug trafficking in the Caribbean and Pacific coast and is the Sinaloa Cartel’s main trade partner in Colombia.

The Mexicans are also believed to go through “La Empresa” for shipments from the port city of Buenaventura as well as the “Oficina de Envigado” in Medellin.