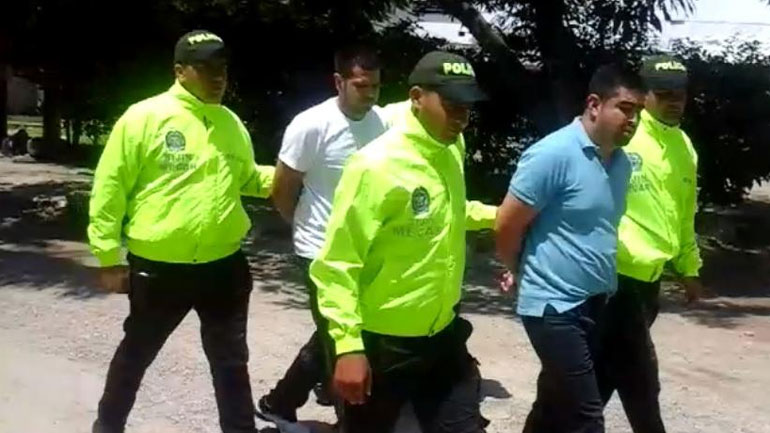 The chief of the Cartagena Police department, General Carlos Ernesto Rodriguez, told media that two Mexican nationals were arrested in Cartagena, Colombia’s most popular tourism destination on the Caribbean coast, while accompanied by their families.

The detainees are thought to be members of the Sinaloa Cartel, one of the world’s largest international drug trafficking organizations, based in Mexico.

According to Colombian authorities, suspects Osvaldo Contreras Arriaga and Omar Ayon Diaz have been on Interpol’s international wanted list.

The US seeks to try them for money laundering and drug trafficking, but the suspects are also wanted in the Dominican Republic, Mexico, Panama, and Colombia.

The two detainees are suspected to have laundered over $45 million obtained by the cartel through drug trafficking from Mexico to the United States, according to Rodriguez.

El Colombiano newspaper reported that they are also thought to have been masking large transfers of US dollars to Mexican drug traffickers behind currency exchange offices and other front businesses set up in Mexico.

Rodriguez is reported to have said that the reason for them being in Cartagena, whether on business or pleasure, is being investigated.

The coastal city is one of Colombia’s main export ports for drugs that are shipped to the Caribbean, Central America and the United States.