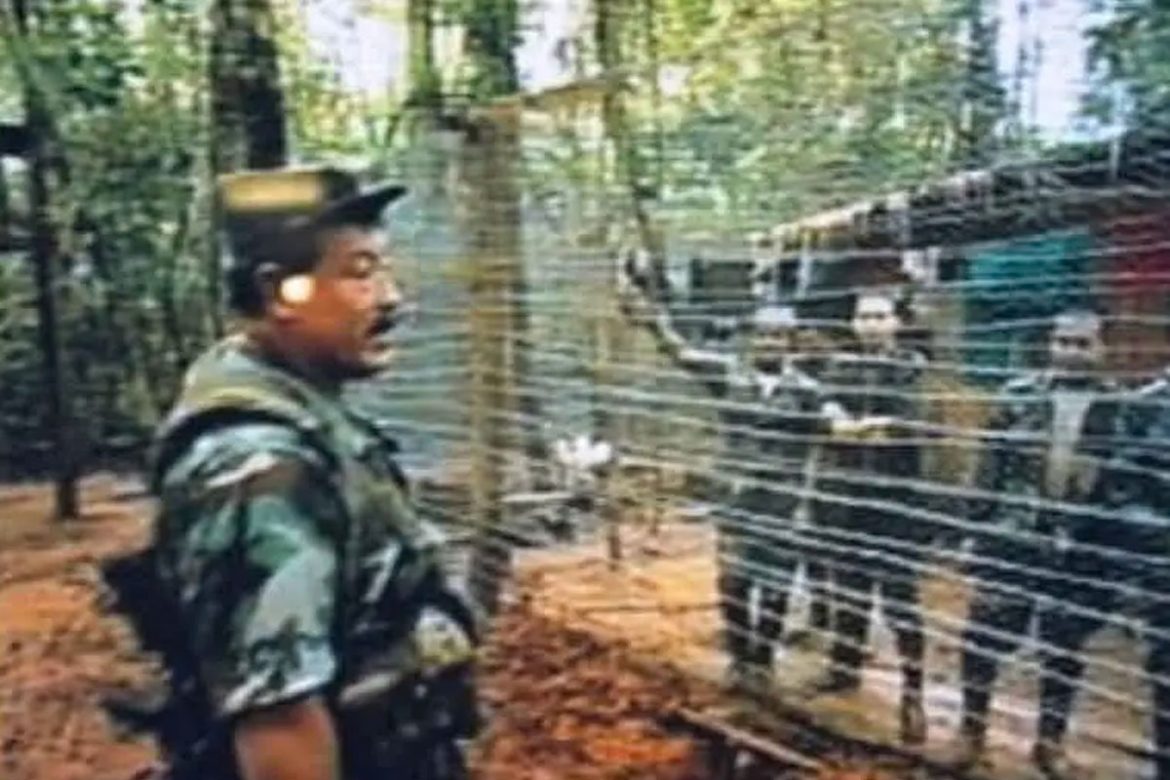 Captured soldiers in one of the FARC's former jungle camps.
War and peace

The Special Jurisdiction for Peace (JEP) will additionally charge the commanders for their alleged responsibility in the “taking of hostages and grave deprivation of liberty” of thousands of people.

The charges are considerably more serious and explicit than the initial investigation into the “illegal retention of people by the FARC,” considered a euphemism that insulted victims by many.

The JEP also sought to try “Bertulfo Alvarez,” but this former guerrilla leader died on Tuesday. Among the remaining suspects are the FARC’s last military commander and current party director Rodrigo Londoño, a.k.a. “Timochenko.”

FARC commanders on trial for kidnapping

The alleged kidnapping practices of former commanders “Ivan Marquez” and “Jesus Santrich,” who initially were part of the investigation were transferred to the ordinary justice system.

Those tried by the JEP are exempt for serving prison sentences on the condition they fully cooperate.

Marquez and Santrich abandoned the peace process in 2019, however.

The FARC’s former political chief and the demobilized guerrillas’ former ideologue will have to respond before ordinary courts without any right to legal benefits in the event the FARC dissident leaders are arrested.

The reported criminal charges against the former FARC leaders come a year and a half after the demobilized rebels were called to trial in what has been a controversial and emotional process.

The JEP ordered the former FARC commanders to step up their cooperation after victims complained that the former guerrillas’ cooperation with the transitional justice court was self-serving.

The FARC leaders’ use of the euphemistic term “economic retention” for the kidnapping and hostage-taking of civilians has widely been condemned by victims and critics of the peace process.

The JEP has been investigation the former guerrilla commanders for their alleged responsibility in some 8,000 kidnapping cases, the majority of which occurred after the FARC leadership approved kidnapping and extortion to finance their guerrilla war against the state and citizens considered members of “the oligarchy.”

Former FARC commanders have already admitted that their kidnapping practices, which initially targeted drug lords and presumed oligarchs, “degenerated” and ultimately justified the kidnapping of anyone.

The now-defunct guerrilla group banned kidnapping in 2012 while leaders were secretly negotiation peace talks with the government of former President Juan Manuel Santos.

Not all guerrilla units obeyed this order, according to the Defense Ministry, which registered kidnappings attributed to the FARC until 2014, two years before a peace deal that led to the guerrillas’ demobilization and disarmament.

Whether the Defense Ministry’s statistics about their former enemy’s criminal activity are reliable is debatable as many groups, including organized crime group, used kidnapping for extortion purposes.

The FARC’s former commanders currently on trial will have to either accept the charges or deny them, which could lead to sanctions that includes their expulsion from the peace process.

If convicted, the former guerrillas who have now formed a political party, will be sentenced according to the principles of restorative justice.

As opposed to punitive justice, which seeks to punish crimes, restorative justice is centered around atonement and the compensation of victims, and is relatively common in juvenile law and transitional justice.