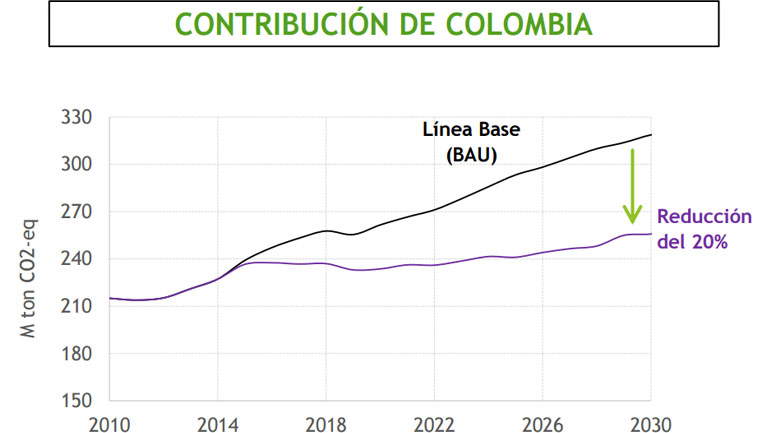 Colombia seeks to reduce greenhouse gas emission with 20% before 2030

Colombia seeks to reduce the national emission of greenhouse gases with at least 20% in the next 15 years, the country’s environment minister confirmed on Tuesday.

President Juan Manuel Santos announced the intended reduction when inaugurating the new congressional year on Monday, saying the reduction was “Colombians’ commitment to the planet’s survival.”

Environment Minister Gabriel Vallejo came out on Tuesday to explain that this reduction would mean a “transformation of the national economy” of one of Latin America’s largest oil and coal producers.

“The commitment assumed by Colombia implies a transformation of the national economy towards a model of efficient use of energy and resources,” said Vallejo, adding that this decision “stimulates innovation and technological development.”

If Colombia receives the foreign aid it has been promised, it might even be able to reduce the emission of greenhouse gases to 25% or 30%, the minister claimed.

The Ministry’s Climate Change unit will be in charge of the formulation of concrete policy proposals as part of the so-called Colombian Strategy of Low-Carbon Development.

This strategy includes ways to reduce the emission of carbon dioxide by, for example, reducing waste by the country’s coal export sector while also seeking the compensate ongoing emission by combating deforestation and where possible carry out ecological restoration projects.

The results will be measured by the Bogota-based Andes University based on an environmental census held by the country’s meteorology institute in 2010.

Colombia produces less than 0.40% of the world’s greenhouse gases. In comparison, lead polluter China produced 17% of global greenhouse gas emissions followed by the United States (15%) and Europe (11%) in 2010.