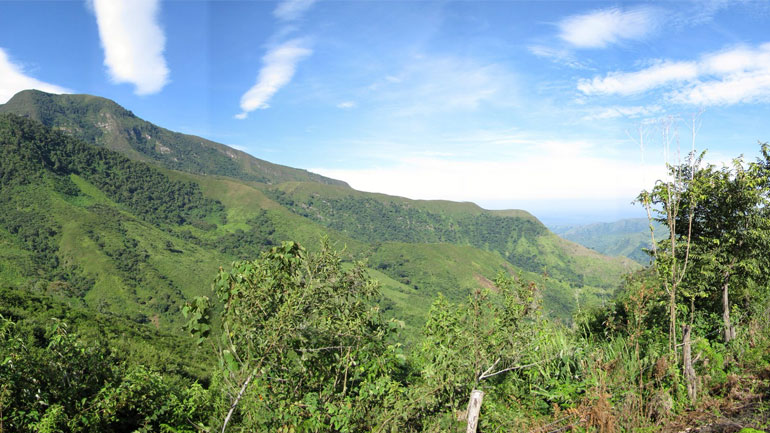 Colombia will declare six new natural national parks across the country in a move to conserve these ecosystems and protect this land from destruction as a result of mining and other activities.

Over 1.6 million hectares of land will be officially protected as authorities embark on the necessary consultation and analysis required to establish these areas as conserved national parks.

This process is expected to take two years, after which the properties will be legally protected prohibiting further destruction, Environment Minister Gabriel Vallejo said.

The minister added that he was working closely with police to ensure intensified security measures in these regions.

The declaration states that “the degradation of the environment in these areas of special ecological importance, which processes for the declaration as a National Natural Parks System are ahead, is derived from the authorization of mining activities without prior environmental assessment to identify impacts and design the individual measures and good management.”

Mining in many of these regions has been for many years the most profitable legal activity. There are 203 mining leases across the group, and 234 applications. This industry unfortunately not only destroys natural habitats but uses highly polluting methods in doing so. Alternative use of the land for livelihood currently includes forestry, use of land for agriculture and livestock, hunting and fishing.

The legal activities that have already begun will be allowed to finish, upon which this regions will be protected. The Director of National Parks of Colombia, Julia Miranda Londoño, also reported that companies with existing environmental titles and licenses will not be affected.

Miranda additionally stressed the importance of work with people living in these regions, “All this depends on our work largely with local communities.” Over the next months authorities will conduct social programs with local communities affected by this declaration now no longer able to utilize the land, affecting the livelihood of many. Any crossover of land with indigenous tribes will also require additional consultation.

The protected ecosystems are made up of some 60 areas that span seven departments in the central and northern regions of the country.

The rainforest of the Serrania de San Lucas, in the northern province of Bolivar, a region of rainforest is home to many endangered species of birds, primates and cats . It has been the focus of many projects from international organizations, including the WWF recognizing the region as one of the most threatened in the Americas, assigning it an “eco region with a critical conservation status”.

The list furthermore includes the grasslands and wetlands of Alto Manacacias in the central province of Meta, the transitional forests of Cumaribo now working to reverse the affects of heavy deforestation in the province of Vichada and the tropical rainforests of the Amazon and Orinoco in central Colombia.

In the north the regions proposed are in the provinces of Cesar and La Guajira the Serrian de Perija national park would protest the Andean forest and wetlands ecosystems, over 100,000 hectares of savannas and wetlands in Arauca and Cauca’s dry forests in the region of Patia.

There are two additional sites pending, that currently do not suffer from mining activities; the Cinaruco River in Arauca and the Cape Mangroves  of Tumaco whose biodiverse turtle nesting areas have been partially destroyed by recent oil spills from FARC infrastructure attacks in the province of Nariño.

This declaration furthermore intends to protect these areas from the illegal cultivation of the coca leaf, using intensified security forces to uphold this. The growth of this for the illegal production of cocaine has increased in recent years with 2014 seeing a 44% increase in cultivation of the leaf, with an associated 52% increase in cocaine production, according to the UN.

Vallejo reported “Many of these areas have been under pressure from illegal activities. For this reason, we seek to expand areas of protection and to exclude these areas from all extractive activity to preserve our ecosystems. ”

Vallejo confirmed he hoped for a declaration of 3 million hectares in total across the country. This ambitious step would work towards the government’s target to conserve 17% of each of the ecosystems that most represent the territories of Colombia.