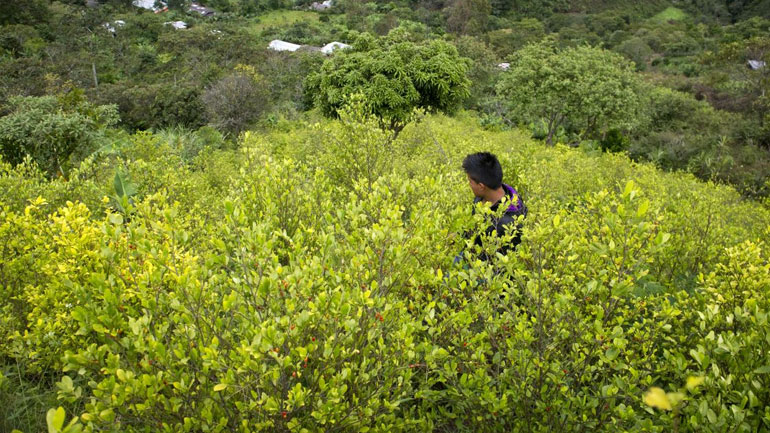 Colombia’s cultivation of coca went up 44% in 2014, while the country’s potential annual cocaine production went up 52% to 487 tons, the United Nations said Thursday.

According to the United Nations Office on Drugs and Crime (UNODC), the amount of hectares used for the cultivation of coca went from roughly 48,000 hectares in 2013 to 69,000 last year.

The UN calculated the coca cultivation using satellite images and data gathered from local authorities and observations on the ground.

The growth was mostly due to immense increases in coca cultivation in the Pacific region, the south and southwest of Colombia.

Antioquia, a province in the northwest of Colombia, even saw coca cultivation grow a staggering 131% while production dropped in the east, southeast and the Caribbean region.

Earlier this year, local newspaper El Tiempo reported that the growth would be calculated at 20% while the United States registered a 39% increase in coca cultivation.

With the increase in cultivation, the illicit coca cultivating industry also grew from producing an annual $292 million in 2013 to $408 million last year, or 0.3% of Colombia’s GDP, according to the UNODC.

According to the report, some 64,000 Colombian families depended on coca cultivation for their income last year, 4,500 more than in 2013.