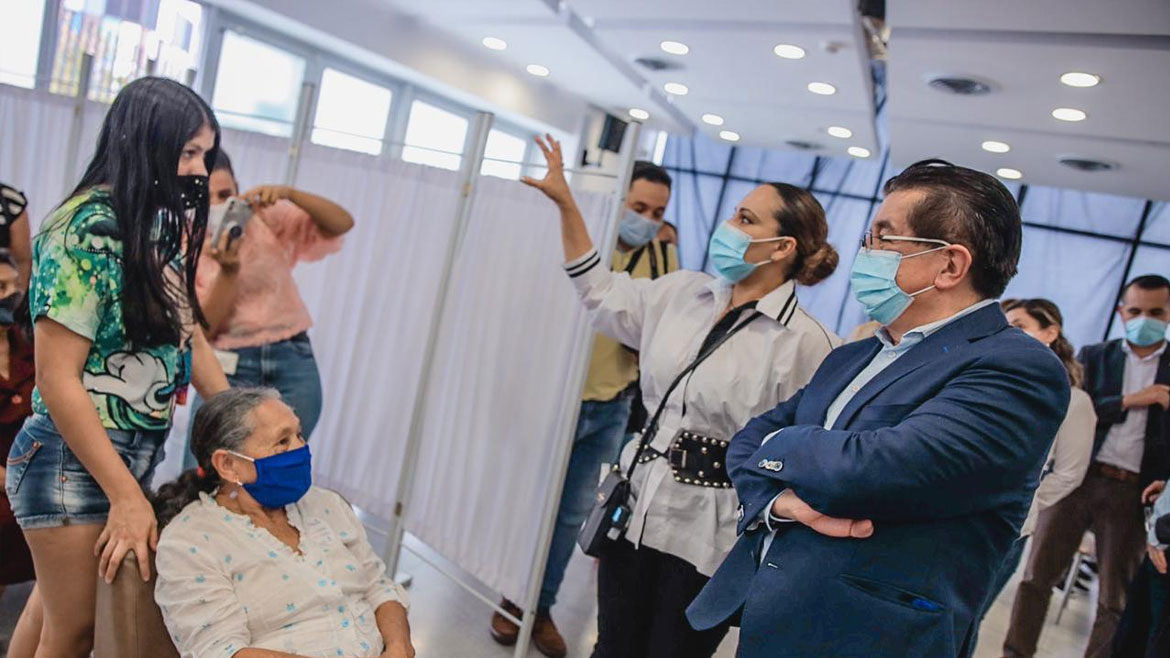 Colombia’s Health Ministry said Saturday that the first group of 23,000 people received their second COVID-19 shot and are now fully vaccinated against the coronavirus.

In its daily report, the Health Ministry said that 23,449 people in the priority group of first line healthcare workers and people of 80 and older had received their second shot.

Another 670,000 had received their first shot after the distribution of a large number of vaccines earlier this week allowed health authorities to drastically step up the intensity of the National Vaccination Plan.

This capacity will be expanded after the arrival of more large vaccine shipments that are expected later this month, Health Minister Fernando Ruiz said ahead of the National Vaccination Plan in February.

Ruiz and President Ivan Duque reiterated that the government plans to have vaccinated all 70% of the 51 million estimated inhabitants in the unprecedented vaccination campaign before the end of the year.

Experts have expressed their skepticism about whether authorities will be able to meet this target as it implies applying more than 236,000 people a shot per day.

The original plan would leave most people under 60 without vaccine, but would guarantee high levels of immunity among the most vulnerable groups like people over 60 and people with comorbidities.

Bogota is allegedly still negotiating with Moscow about the purchase of the Russian Sputnik V vaccine, which would allow the vaccination of more people in the lowest risk category.

The increase in vaccinations coincided with the confirmation of the National Health Institute that a Brazilian variant of the coronavirus killed at least one person in the capital.

The confirmation is a setback for the national government, which banned flights from the neighboring country and the southern Amazonas province to prevent the spreading of this more contagious and possibly more aggressive COVID-19 strain.

The government additionally prioritized the vaccination in Leticia, the capital of Amazonas, in order to create an “epidemiological buffer” along the Brazilian border.

Local authorities in Bogota and Medellin already suspected that the Brazilian strain had spread to other parts of the country.

Notwithstanding, the spread of the coronavirus has dropped substantially after a second surge that followed the Christmas holidays, according to the Health Ministry.

Since the beginning of the pandemic, the coronavirus has infected almost 2.3 million people in Colombia. More than 61,000 of these people died, according to the INS.