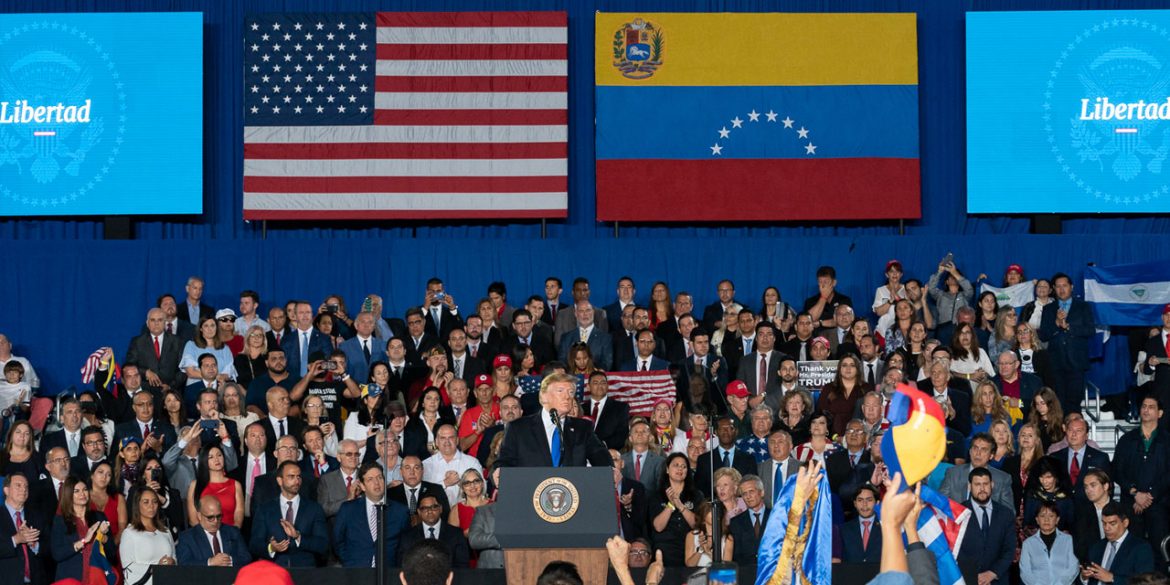 With Colombia’s President Ivan Duque reportedly backing away from the possible use of force against Venezuela, the United States finds itself increasingly isolated over its veiled war threats.

Both the European Union and the Lima Group, who support the efforts of Venezuelan opposition leader Juan Guaido to oust authoritarian President Nicolas Maduro, on Monday made it clear they oppose a possible military intervention.

Guaido called on the international community to “keep all options open” after he failed to bring American supplies into his country on Saturday, but the 35-year-old leader who proclaimed himself interim president only received support from US Vice-President Mike Pence.

The action, which was coordinated from Colombia with the US embassy in Bogota, spurred Maduro to break all political and diplomatic ties with the neighboring country.

Both the EU and the Lima Group back his claim for the presidency, but have explicitly ruled out any support for war.

“We must avoid a military intervention,” Maja Kocijancic, the spokesperson of the EU’s diplomatic chief Federica Mogherini, said Monday.

What is explicitly quite clear, from our point of view, is that we need a peaceful political and democratic and Venezuelan-owned resolution of this crisis. This obviously excludes the use of force.

Mogherini said earlier that “the origins of the ongoing crisis in Venezuela are political and institutional, hence the solution can only be a political one.”

The statements were made ahead of a summit in Bogota of the Lima Group, a provisional union of countries from the Americas, that met with Guaido and US Vice-President Mike Pence for the first time.

Pence reiterated the US’ will to use military force to oust Trump’s fiercest critic in the region.

To leaders around the world: it’s time. There can be no bystanders in Venezuela’s struggle for freedom… We hope for a peaceful transition to democracy, but as President Trump has made clear, all options are on the table.

The 14 countries in the Lima Group, with the exception of Colombia, have categorically rejected the possibility of military intervention in the region and refused to rally behind Pence.

Many fear that a US intervention could spark war between Colombia and Venezuela and that the socialist country could descend into a civil war similar to the one Colombia has suffered for more than half a decade.

In an attempt to increase pressure on Maduro to leave office and allow Guaido to call elections, the Lima Group announced it would ask the International Criminal Court to investigate possible crimes against humanity committed by Venezuela’s disputed government.

The group refrained from reiterating its rejection of military intervention, but key members of the group, Brazil and Peru, did explicitly rule out the use of force.

According to Brazil’s Vice-President, General Hamilton Mourao, “nobody is betting on a military solution.”

The use of force is no solution for Venezuela. At the Lima Group we have been fighting for a peaceful solution.

According to British newspaper The Guardian, sources within the Colombian government have said that Duque has also turned against the prospects of war, half a year after his government ended its resistance against military intervention.

Duque, who has tried to avoid contradicting his American counterpart, said Monday that “the diplomatic ring” isolating Maduro is maintained amid major pressure from Congress where the hard-right president can only count on the support of a minority coalition.