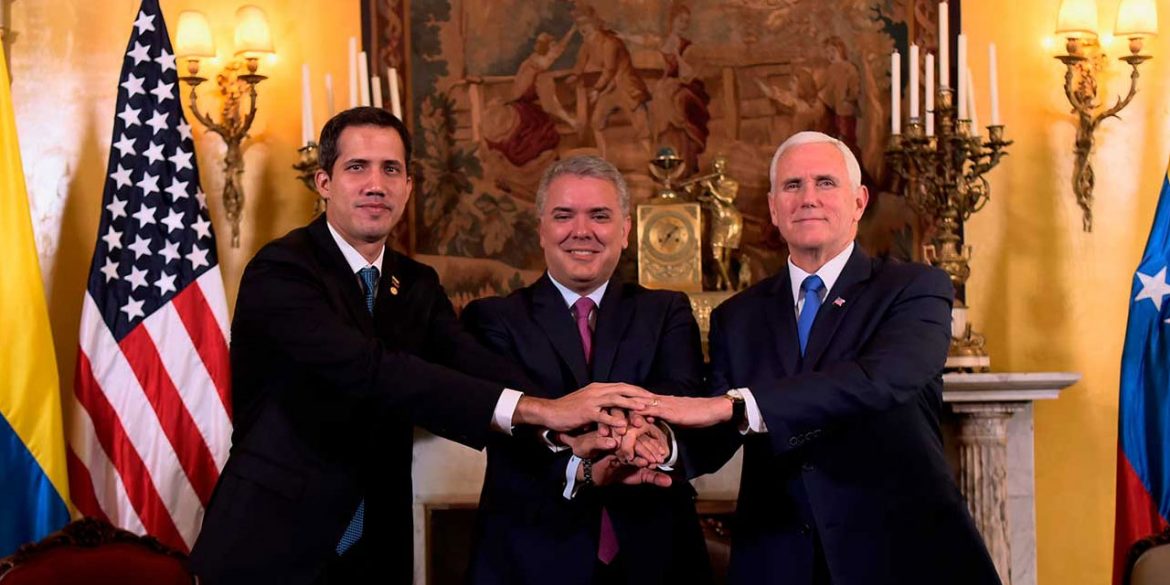 Leftist and centrist opposition forces in Colombia have expressed concern that violent tensions with the neighboring country could spark a war.

Guaido proclaimed himself president last month, but has failed to obtain the crucial support of the military to effectively oust his socialist rival.

The 35-year-old National Assembly president on Saturday tried to force American food supplies and medicine from Colombia into Venezuela, but this attempt failed and turned violent. Guaido has been in Colombia since.

More than 50 countries in Europe and the Americas have recognized Guaido’s so-far unsuccessful presidential claim, but only Venezuela’s opposition, the US and Colombia are considering war.

A Venezuelan lawmaker close to Maduro threatened last year that any foreign military intervention would be answered with air strike on Colombia.

Russia and China have put their support behind Maduro, who was re-elected as president earlier this year after a fraud-ridden vote that was rejected by most countries in the Americas and Europe.

Pence and Guaido also met with the presidents of the Lima Group, a provisional union of 14 countries in the Americas that, like the European Union and the United Nations, have categorically rejected military force.

Colombia, which has been overwhelmed by more than a million refugees from Venezuela, ended its resistance to military intervention after the hard-right Duque took office last year.

The president has opposed peace processes with far-left guerrillas in his own country where far-right forces have been assassinating social leaders on a massive scale.